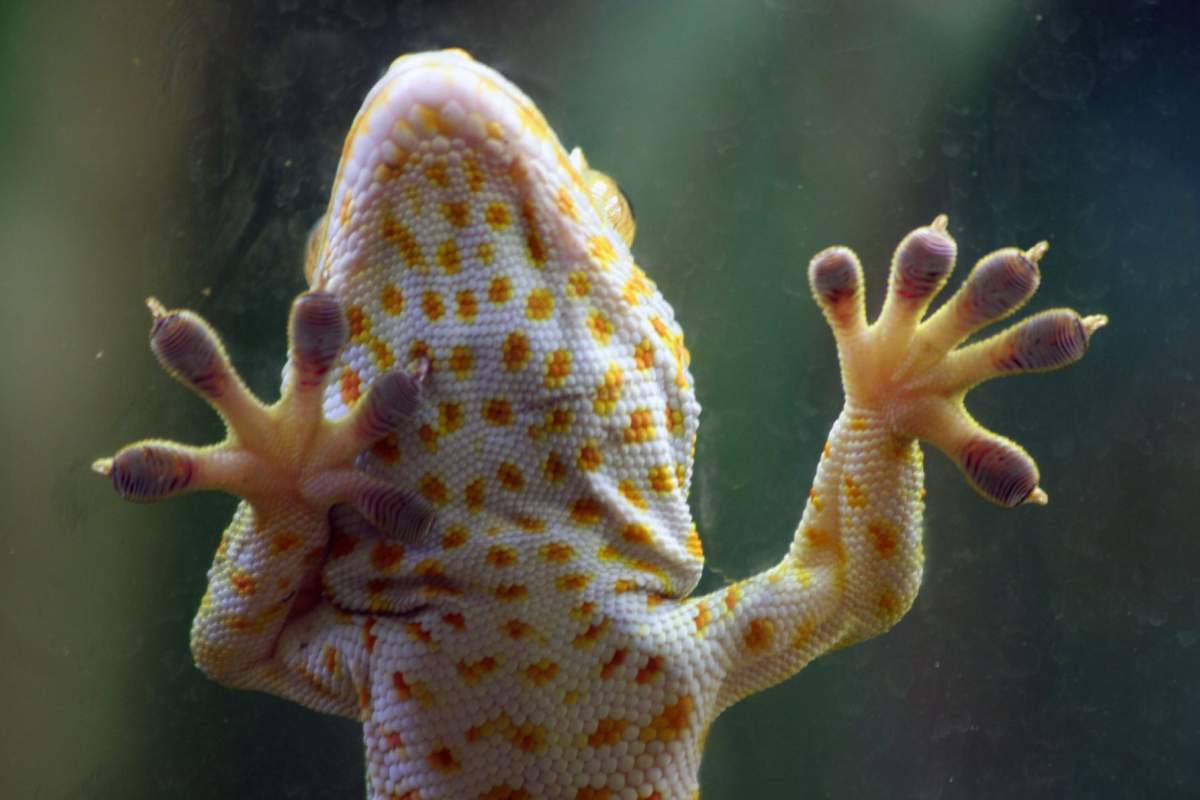 Geckos' feet have branching arrays of tiny hairs, some thinner than a human hair. The hairs stick to rough surfaces, allowing the little lizards to climb walls.

NASA doesn't need to worry about climbing walls in zero gravity. The gripper is to be used by robots to catch hazardous debris spinning in space. Believe it or not, there are more than 20,000 pieces of trash larger than four inches in Earth's orbit.

They work because of a phenomenon called van der Waals forces which work at an atomic level. Hair molecules become sticky because electrons around their atoms fluctuate in position slightly, creating a slight variation in electrical charge. That causes the electrons of nearby objects to move as well, resulting in attraction.

NASAs synthetic hairs are wedge‑shaped and have a slanted, mushroom‑shaped cap. The cap section makes contact with the object and sticks.