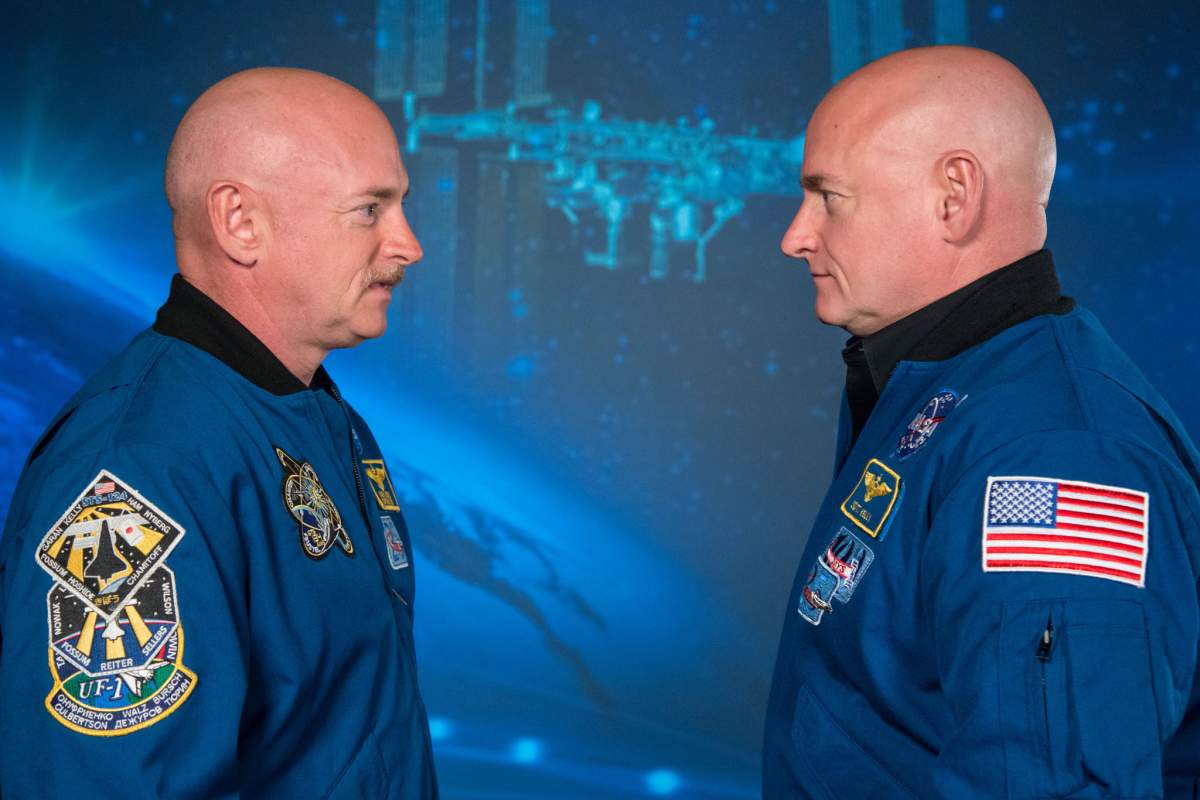 Recently, NASA announced the preliminary results of what theyâ€˜re calling colloquially their Twins Study. The studyâ€˜s subjects were Astronaut Scott Kelly who lived on the International Space Station and his twin brother, Mark Kelly, who remained on Earth during that time period.

A simple explanation of what the study was investigating is this: how does space flight and living in space affect a personâ€˜s body? The Kelly brothers were used because while even identical twins are not 100% identical on the genetic level, they do have enough genes in common that the study team was able to do compare and contrasts of what those genes look like based on their environments and lifestyles.

Some news articles are portraying the Kelly brothers as having had 100% identical genes before Scott Kellyâ€˜s mission. Thatâ€˜s not how it works for even most identical twins. What the study does focus on are the genes that they did have that are identical. I know making the distinction might feel a little pedantic, but this is a science blog. You came here for that.

In the past, many have operated under the idea that identical twins (a term based upon appearance) are identical genetically in every way, and all noticeable differences are based upon nurture. But studies investigating why there are differences in twinsâ€˜ health, such as one getting cancer or having asthma, looked at how, except in very rare circumstances, identical twins still have different genetic markers, as well as gene expression.

A conflation that is happening in a lot of articles, some that are even linked below, is that Scott Kellyâ€˜s DNA was altered by his time in space. Itâ€˜s flashy! And clickable. But thereâ€˜s a distinct difference between gene expression and DNA being altered.

The Long And Short Of Telomeres

So, for example, one of the study results showed that Scott Kellyâ€˜s telomeres were longer in space than they were when they left Earth. A simple way that TA-65 Sciences explains a telomere as is: "...telomeres act as the aging clock in every cell."

Telomeres affect the way you age. A recent study about an Indiana Amish community showed that a gene many in the community have can be attributed to longevity and decreased chances of developing Diabetes. Not everyone who has the gene gets these benefits because it's about gene expression.

And it's something that NASA's reports make a point of acknowledging. Space is probably not a miraculous location that adds to human longevity. What probably affected Kelly's telomeres in this case is the lifestyle he had to adhere to while on ISS. Frequent exercise and calorie-regulation were probably what led to the positive changes. Even on Earth.

There was a seven percent change in his gene expression, but scientists from NASA are still compiling the data about those changes and the different contributing factors that resulted in that change.

This blog post is based upon the announcements in early 2018. The study results are still being analyzed and compiled with another announcement scheduled for later in the year. Maybe when those results are made public, the scientists involved will come to extraordinary, game-changing conclusions about the health benefits of space. But probably not.

There are many reasons why this study on the Kelly Brothers is so important. The more we can understand how space travel and living in space can affect people, the better. The other is as space agencies continue to plan and prepare for human-manned, rather than robot-only, missions to Mars, knowing more about how the human body reacts to prolonged space flight and exposure is especially important. The average space mission for humans tends to be six months. To get to Mars, people will have to be in space for approximately three years.

Rarely in non-science focused media sources and in popular culture, do many of the side effects of space flight and living in space get discussed. The change in gravity, the increased exposure to radiation, social changes (for example, scientists have observed in the past that emotions stemming from social isolation can have a direct impact on someoneâ€˜s health and longevity), and lifestyle changes are all significant.