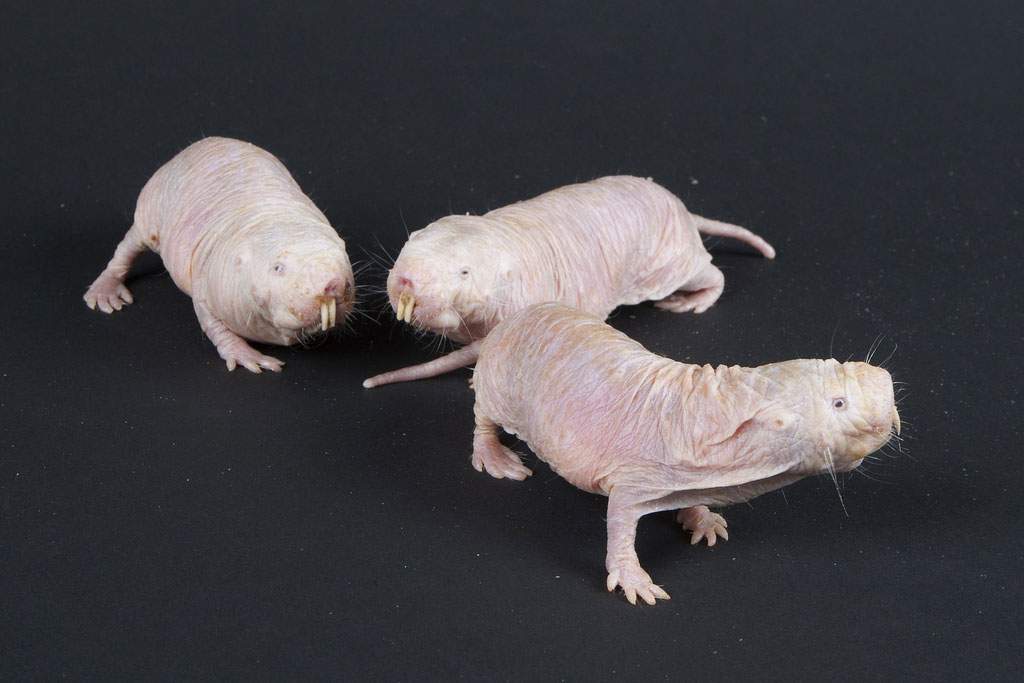 If you follow science headlines, you may have heard about naked mole rats rodents that live in underground burrows in Africa.

Unlike the mice and common rats used to test drugs and chemicals in labs, naked mole rats are hard to infect with disease. For example, it's next to impossible to give them cancer. So studying these hardy rodents may help scientists find new ways to combat cancer and other illnesses.

And now scientists are finding that naked mole rats may also help them discover ways to prevent or lessen pain.

When you're injured, much of the pain results from the damaged tissue becoming acidic. And, absent pain pills, you just have to grimace and bear it.

But not naked mole rats. In their crowded, below ground lairs, carbon dioxide builds up to levels that make their environment acidic enough to kill or at least damage most other animals. But naked mole rats have evolved to tolerate toxic levels of CO2 just fine.

To test this, researchers observed naked mole rats let loose in a series of cages, some of which contained acidic fumes. Unlike lab rats, mice, and another mole rat species, all of which avoided the fumes, the naked mole rats spent as much time in the acid drenched areas as they did in other parts of the cage system.

How, exactly, naked mole rats tolerate such seemingly hostile conditions is still a mystery. But figuring it out could point the way to developing drugs and other therapies for helping humans control pain by lowering our sensitivity to acidification.