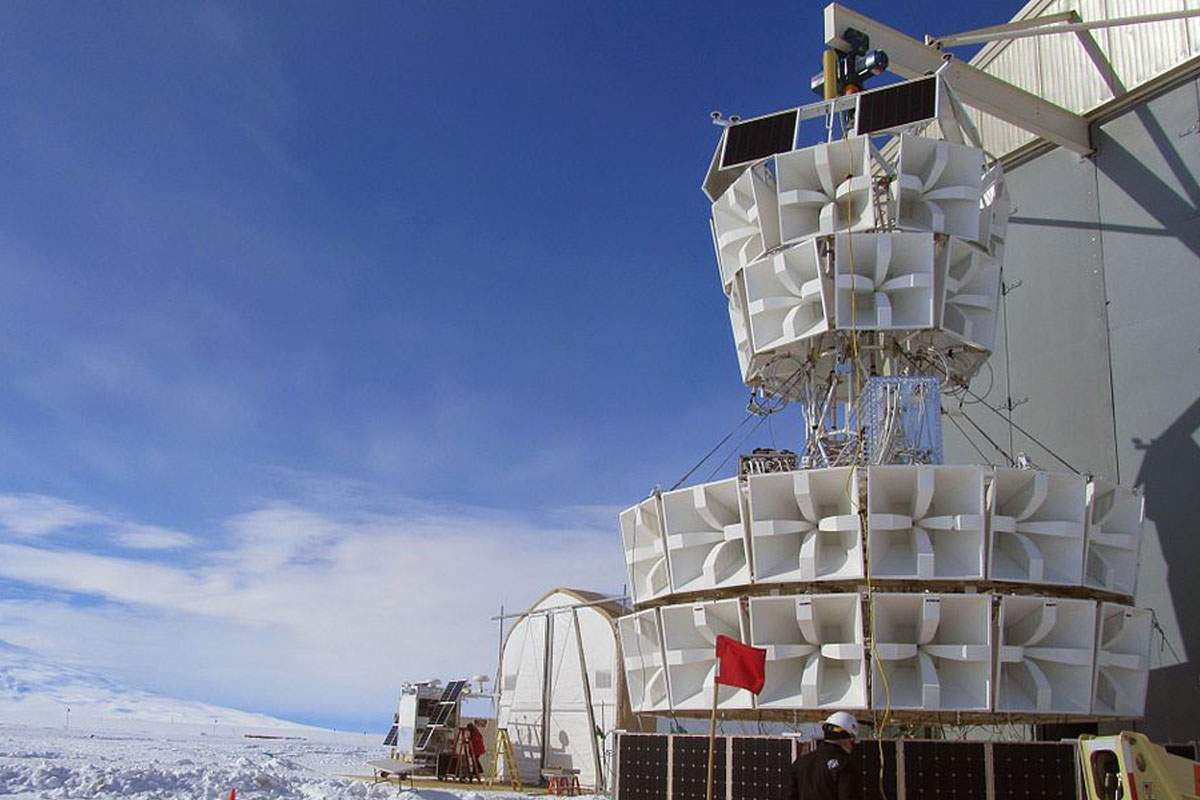 A collaborative research team of Physicists may have found a new subatomic particle that doesn't fit into their current theory of particle physics, which is called the Standard Model.

The researchers used an instrument floating beneath a balloon over Antarctica. The instrument is called the Antarctic Impulsive Transient Antenna or ANITA.

ANITA is designed to be carried into the upper atmosphere by a helium balloon, and to detect the radio waves that are emitted when high energy cosmic rays from space strike the Antarctic ice sheet. Researchers learn about the properties of cosmic rays by studying these emissions. In this experiment, however, they found something even stranger.

They found that some of the radio waves they detected weren't from cosmic rays coming directly down from space. Instead, the particles were blasting up from inside of the Earth. This strange and unexpected phenomenon has been confirmed by a different ground based detector in Antarctica.

One possibility is that the particles are neutrinos. Neutrinos are subatomic particles that physicists know are produced by the sun and other bodies in space. They are almost transparent to other matter and can pass right through Earth.

This is an especially tempting theory since researchers do think that the particles ultimately come from space, and that they passed through the Earth. But in a 2018 paper, a team of American physicists argued that they couldn't be exactly like neutrinos or any particle currently known to physics. They remain a mystery.