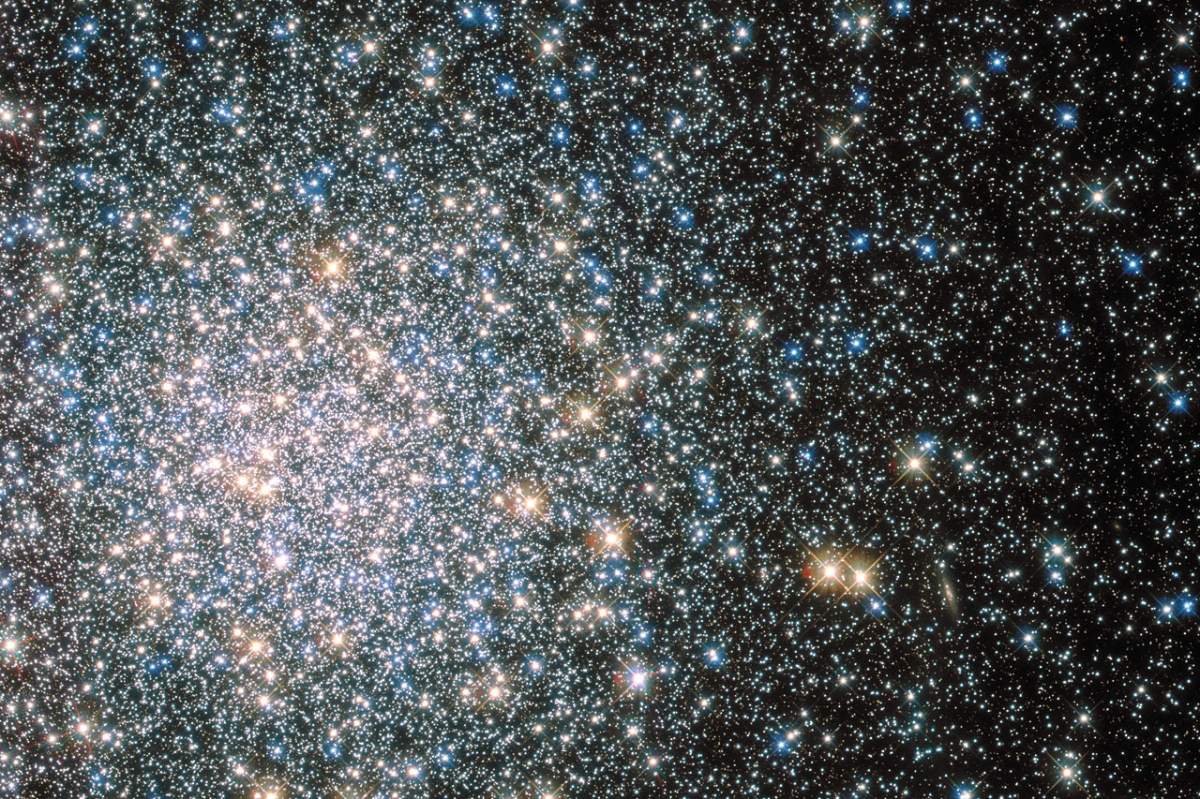 The Kepler space telescope detects planets around other stars by measuring the dip in light intensity when an alien planet passes in front of its star. But it has found something much stranger. Something very large is irregularly blocking much of the light of a distant star.

But it can't be an exoplanet, because it's too big and too spread out.

Perhaps it's a disk of debris, like the ones from which planets are formed?

It's a mature star. The debris should have long ago formed planets, fallen into the star, or been ejected into space. A debris disk should emit heat radiation, and astronomers can't find any.

In a mature system planet collisions should be extremely rare, and a single cloud of debris in near‑circular orbit wouldn't explain the irregular light dips.

Suppose it's clumps of fragments from the breakup of a comet. The stretched out orbit of a comet would explain the irregular light dips.

That's a long shot, but it's the best natural explanation anybody's come up with.

In 1960, the physicist Freeman Dyson speculated that an advanced extraterrestrial civilization might build vast orbiting solar collectors around its star to capture its energy. This is exactly the sort of thing you would expect to find if Dyson were right.

There have been false alarms before so don't get your hopes up. There is probably another explanation, but radio astronomers have begun monitoring the star for alien transmissions, just in case.

"The Most Mysterious Star in Our Galaxy" (The Atlantic)

"Have We Really Discovered a Huge Alien Megastructure Around a Star?" (IFL Science)