The Mysterious Liquid In Yogurt 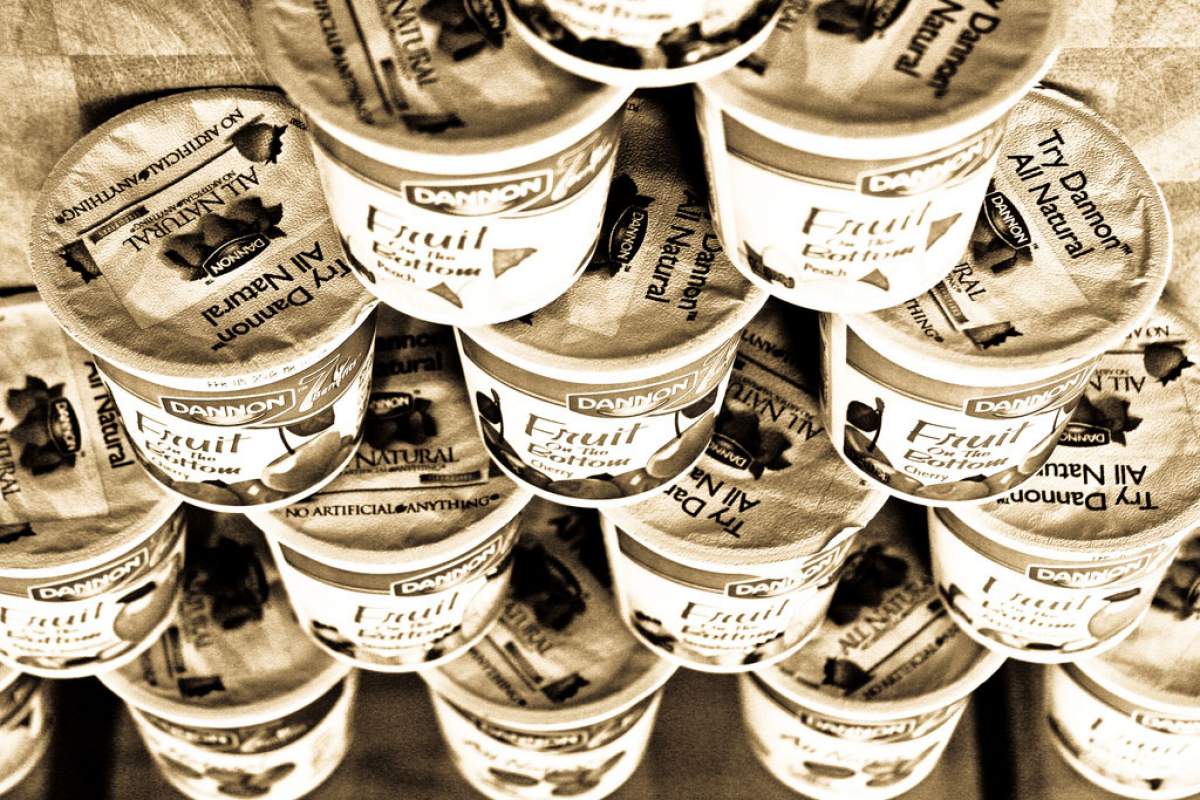 When you open a container of yogurt, you'll often see liquid collected on top. Some people mix it back into the yogurt, and others drain it off. What is it, and where does it come from?

To solve the mystery of the liquid in yogurt, let's take a few steps back, to the milk that yogurt is made of. Milk has two different types of proteins. Most of the proteins are casein proteins, and the rest are whey proteinsof curds and whey fame.

If you look at a glass of milk, you can't tell the casein from the whey. But that changes when special bacteria are added to milk to make yogurt. Yogurt-producing bacteria ferment the sugars in milk and produce an acid. As a result, the mixture is more acidic than before, and this higher acidity solidifies the casein proteins. The whey proteins, on the other hand, don't solidify, and separate out from the casein as liquid.

Yogurt you buy in the store has a stabilizer, usually fruit pectin, to keep the solid casein and liquid whey mixed together. But some of the whey still separates out from the casein, and that's what you see when you open the yogurt container.

Whey contains not only proteins but also B vitamins, including riboflavin, niacin, and thiamin, which can't be found in the solid portion of the yogurt. Because of the nutritional value of whey, your best bet is to mix it back into the rest of the yogurt, then gobble it down!