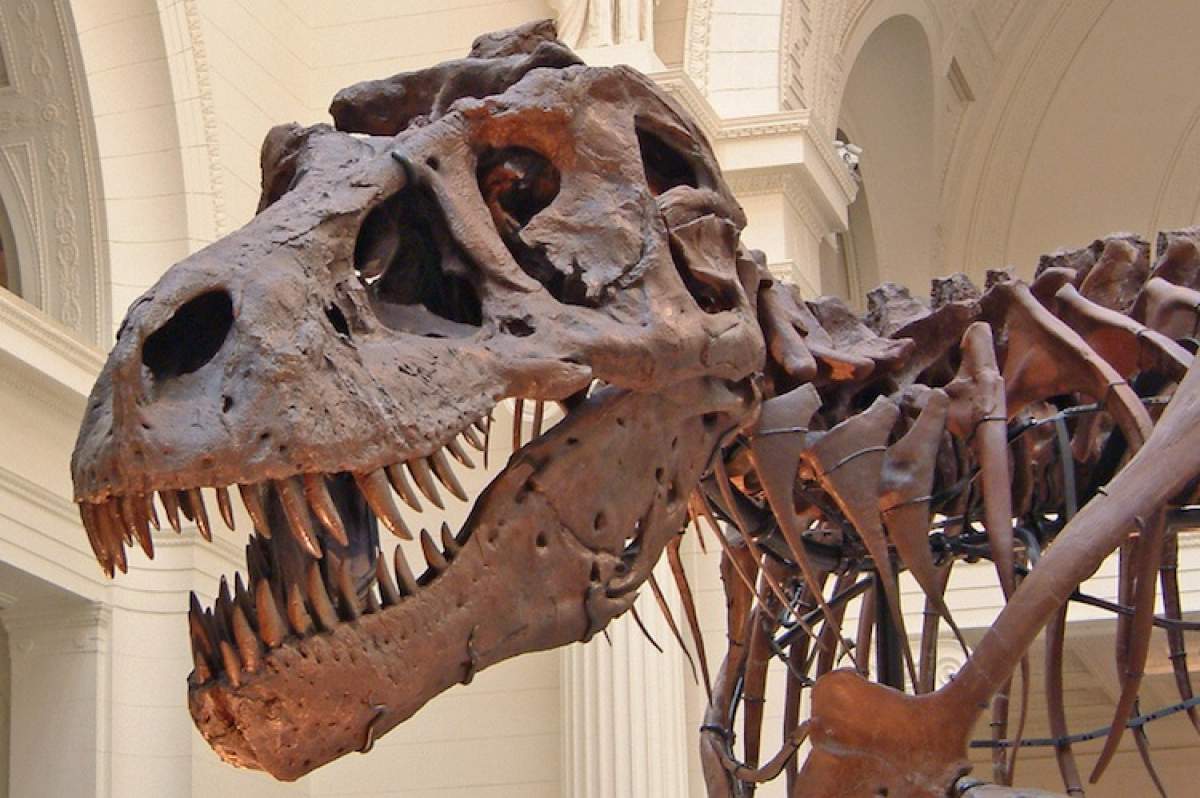 In 1905 paleontologist Henry Osborn discovered the skeleton of a remarkable forty-foot-long dinosaur which he named Tyrannosaurus rex. Since then, T. rex has became one of the most well-known dinosaurs not only to scientists but to the general public as well. (T. rex has even starred in movies like the 1930's King Kong to the 1990's Jurassic Park.)

Yet, for paleontologists, the familiar giant still holds many mysteries. For instance, there's a lot we don't know about what it looked like. Over the last twenty years, exceptionally well-preserved fossils from China have shown that some relatives of the big carnivore may have had feathers or fuzz, much like birds.

Most paleontologists now think that T. rex likewise had protofeathers or fuzz. Unfortunately, since no skin impressions have yet been found we really don't know.Â Although scientists have identified specimens that some think might be juvenile T. rex, we aslo still don't know much about the dinosaur's youth.

Another long standing mystery is posed by the dinosaur's stubby forelimbs. Although they were small relative to the overall size of the animal, biomechanical studies show they were surprisingly strong. Some paleontologists argue that they were used to hold prey or a mate, but others think that they may have been covered with feathers and used for competitive or mating display.

T. rex may have been discovered a century ago, but paleontologists still have lots more work to do.