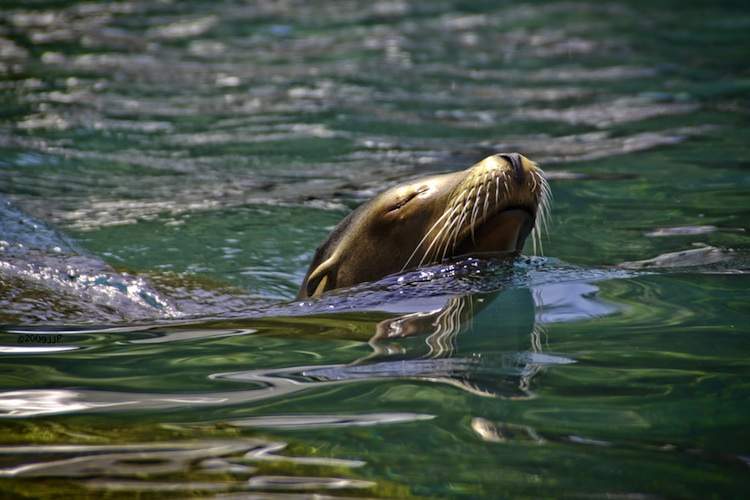 Think humans are the only creatures capable of grooving to a beat?Â Think again. Turns out a growing number of animals are just as musically inclined.

Now, you may already know that parrots and other birds that mimic human speech are also good at keeping time to a musical beat. Scientists think it's a side effect of repeating human speech sounds.

But researchers have found that both sea lions and bonobos are also capable of bopping to a beat. Researchers beat a drum at around 280 beats per minute and found that bonobos were able to pick up the beat and play it on a specially designed drum.

Now, given that bonobos are closely related to humans, their rhythmic ability might not sound very surprising. In the wild, bonobos are known to beat on hollow trees. But sea lions are a different story they're not known to follow or pick up a beat.

So it was surprising when researchers working with a sea lion they named Ronan were able to train her to bob her head in time to different tempos.

Beyond the fact that teaching a sea lion to groove to a beat is pretty cool, it also suggests that the ability may be much more widespread in the animal kingdom than we've assumed, and that keeping time to a beat is not limited to animals able to mimic human speech.

So we may not yet be at the point where we'll see rock bands with seals or apes on drums, but when it comes to music, humans and other animals appear to have more in common than meets the eye.