The Discovery of Xin Zhui 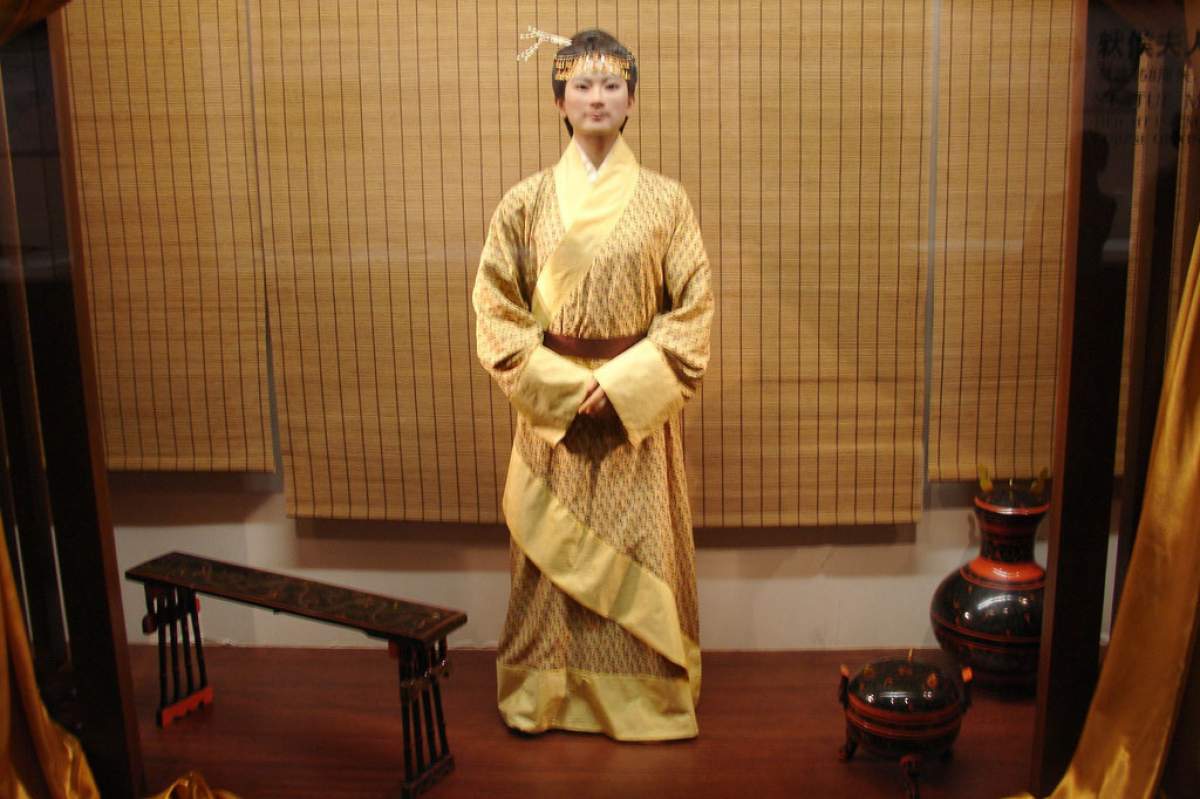 One thing to note, while this post does use the term mummy to refer to these findings, it's used in a much broader sense than many scientists and archaeologists would like. For the purposes of this and the previous post, the term mummy did feature a correct use (King Tut, although even his preparation broke the more rigorous definition of mummy), but also the more popular, all-encompassing term for preserved remains version when discussing the Incan Ice Maiden.

A mummy is a body that has been prepared purposefully after death: its organs removed, it's covered in preservatives, and wrapped in bandages. The process is ceremonial. Many of the world's most famous "mummies" have been well-preserved either on purpose or due to the environment, but they don't follow all those aspects of the formal definition of mummy.

Xin Zhui, was a Chinese marquise (think mid-tier royalty, below a king or a duke) who lived during the Han dynasty (226 BC-220 CE). Her preserved body, along with that of her husband and a body that is thought to be her son was found in an archaeological expedition that took place during the 1970s.

The burial chamber Lady Dai was found in was filled with fascinating things. An opulent meal for the part of the marquise's spirit that remained on Earth to enjoy. The menu included a variety of condiments, pickled foods, and baskets stuffed with a wide variety of items including seafood, pheasant, and grains. Incredible art, often representing animals. Recipes.

Despite all this art, all the direct sources about the food culture of ancient China, what most fascinated the scientists and laypeople who found Xin Zhui was the state her remains were in. Almost every source (see the list below) lingers on one fact: despite being over a thousand years deceased, her corpse seemed fresh.

An Ancient Corpse That Could Be Autopsied

Yu Chunhong in China Daily described it as, "The body is so well preserved that it can be autopsied by pathologists as if it were only recently dead.

When Lady Dai was found her skin was supple and her limbs could be manipulated; her hair was intact; her type A blood still ran red in her veins, and her internal organs were all intact."

While there was some damage to her body from initial exposure to oxygen and reports of bacteria on some parts of her body, she was in incredible (and disturbingly) good shape. During studies of Xin Zhui, they were even able to hypothesize that she died during a warmer season because there were melon seeds in her stomach. Scientists are still studying how her body is so intact.

While there were beliefs at that time about the necessity of preservation of a body, most bodies in ceremonial tombs were found either dressed in jade armor or in a jade tomb. Lady Dai was wrapped in layers of silk and in a nesting box of four different lacquered coffins. Some scientists argue this is why she was so well preserved.

Others argue that it has more to do with the mysterious liquid found on her body. There were traces of mercury in it, and a theory is that is part of what stilled the usual decomposition process.

In the previous post of this series, I wrote about how some of the fascination with mummies and preserved bodies is that they can become direct sources about cultures and people who have been long dead. We learn how our ancestors lived. But if we're doing it right, learning about how people were and how they lived in the past, can continue to give us insight into how we live in the present.