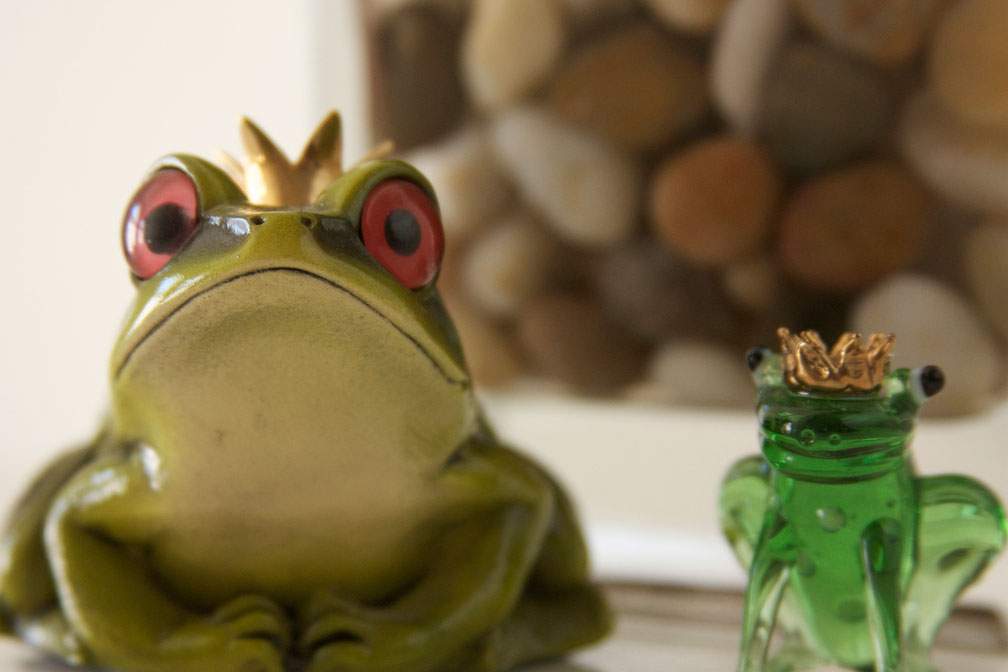 Imagine that you are a grey tree frog. A female grey tree frog. And you're looking for a male frog to have babies with. Being a frog, you don't join an online dating service or go to singles bars. Instead, you listen. You hear all the male frogs ribbitting and chirping and calling for your attention. So what, exactly, are you listening for?

That's what a team of researchers at the University of Minnesota asked in their study to understand how female frogs pick out individual mating calls among competing males.

They recorded and listened to more than 1,000 male grey tree frog calls. And they found that female frogs were attracted to males whose calls demonstrated an ability to multitask. That's right multitask, as in doing more than one thing at a time.

For humans, multitasking might mean being able to check e-mail, cook dinner, and watch over the kids at the same time. For male grey tree frogs, it means producing calls that are both longer and more frequent than other frogs.

Male grey tree frogs, you see, typically make a trade‑off between calls that are longer than average, and how many calls they can make in about a minute. An average call includes from 20 to 40 pulses per call and occurs from 5 to 15 times per minute. For the typical frog, producing longer calls means doing fewer per minute, and vice versa. But the fittest frogs are able to produce calls that are both longer and more frequent than average.

So you want to prove you're a macho man? Multi-tasking might be a good way to grab ladies' attention. But you should probably leave the croaking to the frogs.