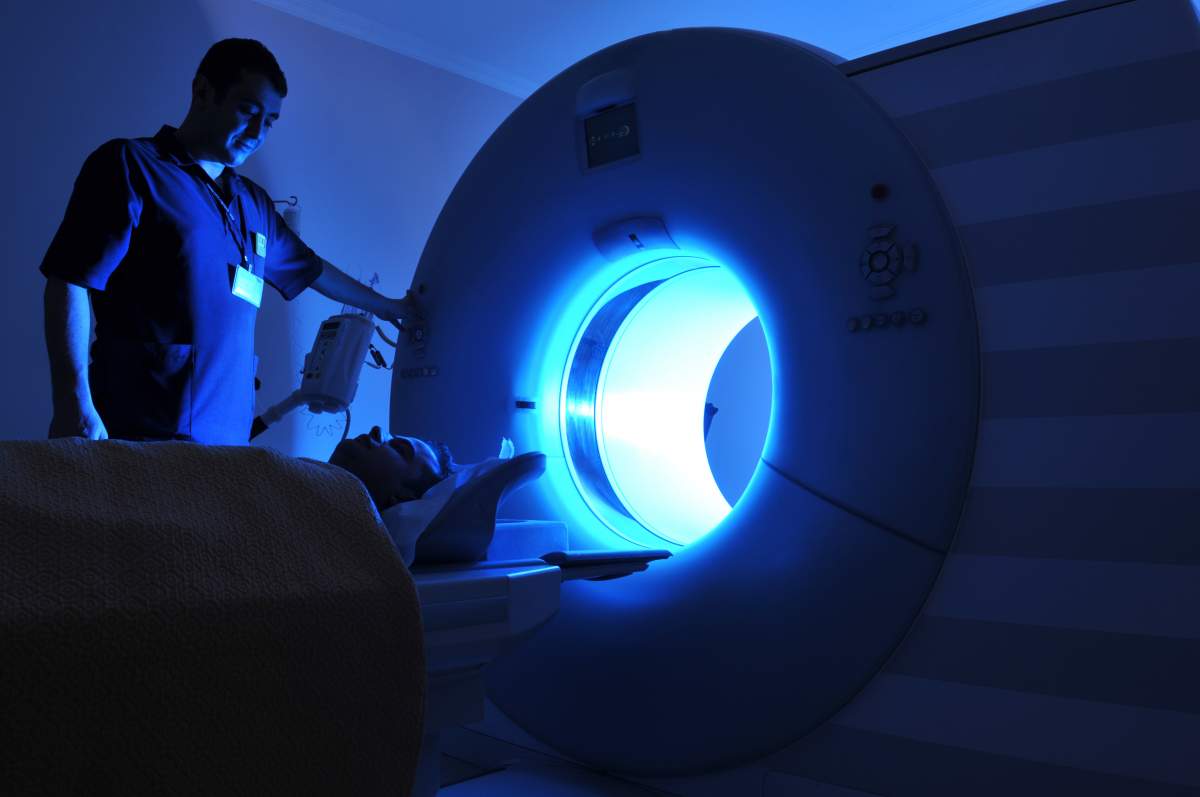 Although dissection remains a staple of medical training, over the years we have developed less invasive ways of peering inside the body. One of the most revolutionary and successful is MRI, or magnetic resonance imaging.

Most MRI machines are large cubes roughly 7 feet tall, 7 feet wide, and 10 feet long, with a tubular opening into which patients are inserted. The machines have to be big in order to house the giant magnets that make the imaging possible.

When a patient lies inside an MRI machine, the magnets cause the body's billions of hydrogen atoms to line up in the direction of the magnetic field. This means that roughly half the body's hydrogen atoms will line up towards the feet and half towards the head. Most of these opposite-facing atoms cancel each other out, but there are so many billions of hydrogen atoms in the body that the extra few that are not canceled out are enough for the machine to detect and create an image.

To detect the atoms an MRI machine focuses a particular radio frequency pulse on the desired body part. The atoms' photons absorb the pulse, causing them to spin at a particular frequency and resonance. When the pulse is turned off, the protons stop spinning and release the extra energy absorbed while spinning. Sensors relay the released energy to computers, which translate the mathematical data into pictures.

The most remarkable thing about MRI is the accuracy with which it can visualize what's going on inside the body. The machine's complex magnetic system allows it to create visual slices of the body from any angle and pinpoint specific areas to detect cancers and other diseases in formative stages.