Move Over, Duct Tape! Graphene Is New In Town 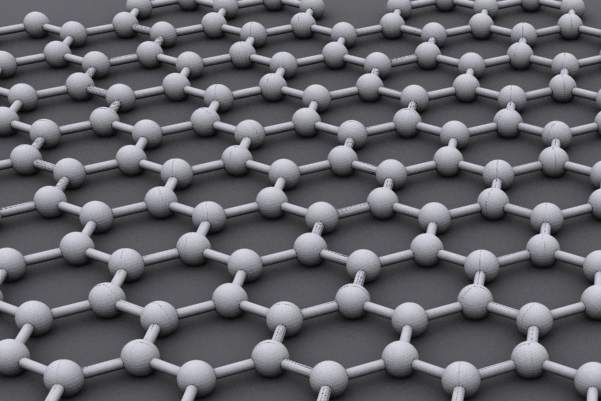 Thinner than a strand of hair! Stronger than sheet of steel! Able to stretch into any shape imaginable!

It's a water filter!

Identified in 2004, graphene is graphite's cooler cousin. The material is a one-atom-thick sheet of carbon, but its strength is enormous. Â Professor of mechanical engineering James Hone claims, "It would take an elephant, balanced on a pencil, to break through a sheet of graphene the thickness of Saran Wrap."

Researchers, developers and investors in a wide array of fields are exited about graphene's potential uses; here are a few of the possibilities.

Water scarcity affects over one-third of humans, according to the World Water Management Institute. And graphene could help solve the problem.

Scientists have discovered that bombarding a sheet of graphene with gallium ions produces single-atom-wide holes, which then act as a filter. No gases or vapors can fit through the holes except for water.

Graphene is highly permeable, so water passes through it quickly. In fact, the speed of water filtration through graphene isn't much slower than the speed of making coffee through a normal filter. University of Manchester researchers hope to create a hand pump that would turn seawater into a glass of drinkable water after only a few minutes.

Combining graphene with polymers creates a strong material with superior thermal and electric conductivity. 3D printers can use the graphene-based material to print solar panels, computers and other electronics, cars and airplanes. A 3D graphene battery may outperform the batteries now on the market.

One company hopes to begin commercial production of graphene as early as 2015.

Graphene is thinner than a sheet of paper, and, like paper, it can crumple. Why would you want to crumple a sheet of graphene? To make a stretchable supercapacitor, of course!

Graphene supercapacitors can be bent or folded, and they stretch up to eight times their original size. That makes them perfect for flexible electronic devices, such as biomedical sensors or monitoring devices.

Flexible electronic devices use supercapacitors to store energy. Supercapacitors deliver energy faster than batteries because they store electrical energy electrostatically rather than chemically.

A team at MIT predicts that they will be able to make graphene supercapacitors inexpensively and easily.

Scientists at the University of Edinburgh have found that graphene poses a possible risk to those who frequently handle it. Graphene contains tiny particles called nanoplatelets, which easily incorporate into plastic and rubber, allowing graphene to perform many of its tricks.