A New Mouth for Every Meal 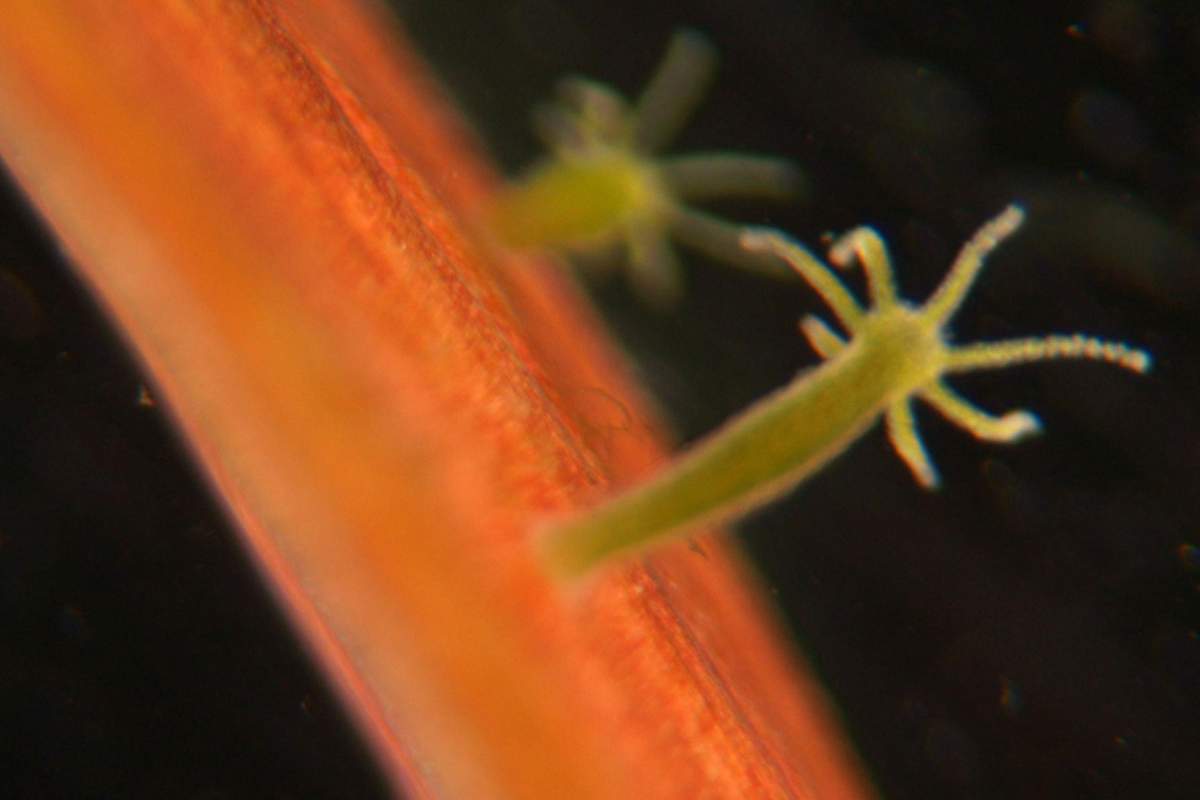 If you're reading this around lunch time, you might be thinking about your next meal. Humans ingest food through their mouth, but some microorganisms work very differently.

Take the hydra, for instance. It looks like a little tube with a ring of tentacles at one end. When something the hydra wants to eat, like a shrimp, brushes against one of the hydra's tentacles, the hydra's going to trap the shrimp and inject neurotoxins into it to paralyze it. Then the tentacles will contract to pull the shrimp in. Now you'd think the next step is for the hydra to stuff the shrimp into its mouth, right?

The problem is, hydras usually don't have mouths. So instead, it rips its cells apart to make a mouth every time it eats.

At first, scientists thought the cells simply move apart. But recently, a team of researchers found that the cells change shape instead of moving. The cells around what will be the hydra's mouth area flatten and elongate until an opening forms between them. After the hydra sucks its prey through this new opening, the mouth closes back up the way a cut on our skin would heal. When the hydra is ready to spit out any undigested leftovers, it rips itself a whole new mouth again.

That's a lot of work for lunch.