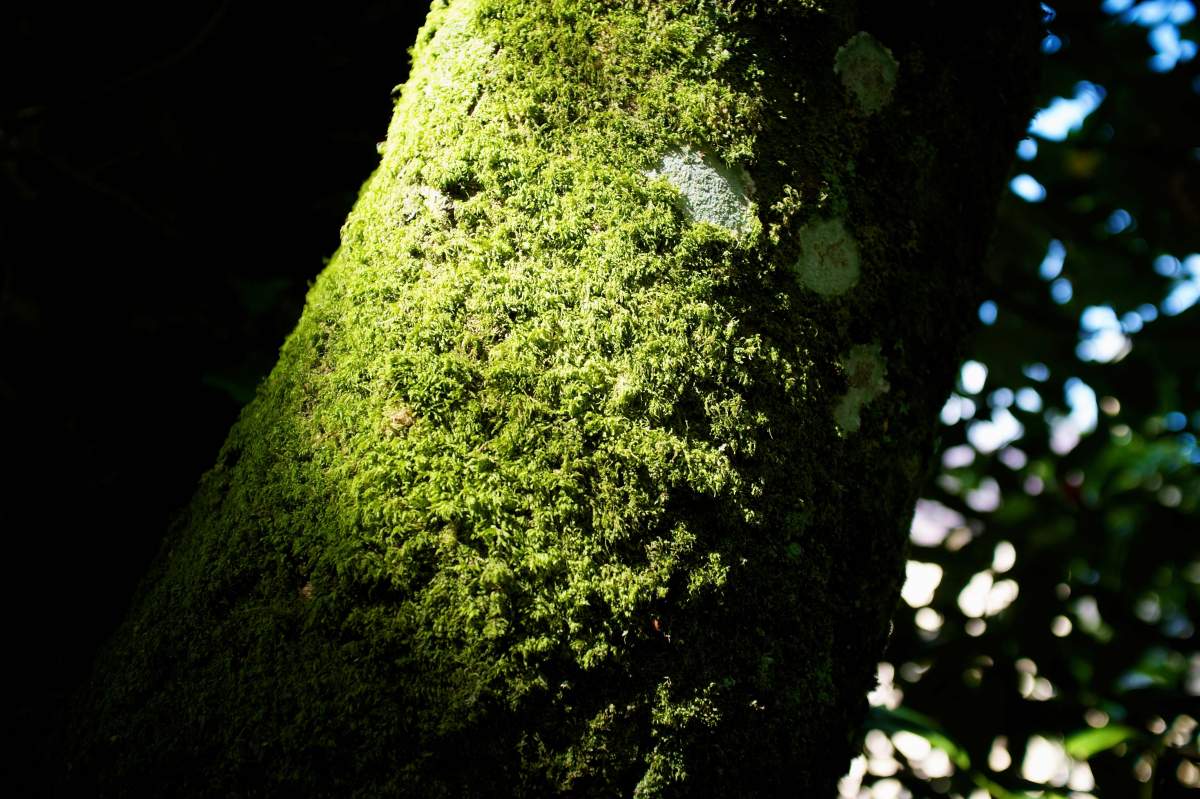 Dear A Moment of Science: Is it true that moss only grows on the north side of trees? --A. Boy Scout

P.S. I live in the middle latitudes of the northern hemisphere.

Yes, it's true and the reason is simple: There's more sun on one side. In the middle latitudes of the northern hemisphere, the south-facing side gets more sunlight throughout the year.

So then, why does moss grow on the north sides of trees? Moss likes the shade, not the sun.

A more obvious example of the sun's south-side affect is mountains. Since everything, no matter how small or large, gets more sun on its south side, the northern sides of mountains are cooler and less dry. That's why northern mountain slopes in the American West are often visibly greener than southern ones. If you take a look at where ski slopes are located, you'll find them on the northern sides of mountains, where it's cooler and the snow lasts longer.

So keep your mosses on the north side, and put your plants near your south-facing windows for maximum green results!