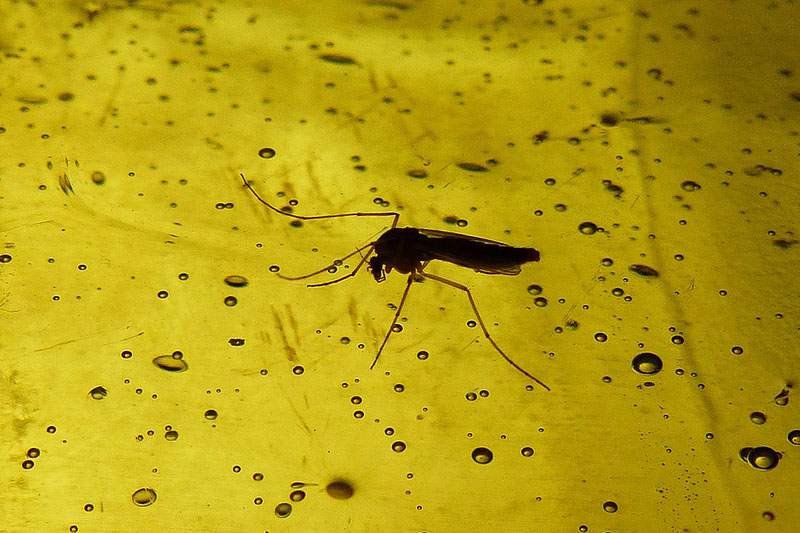 Ouch! Maybe I'm paranoid, but these mosquitoes have it out for me. It's like they've been hiding out in my back yard all winter, just waiting for it to get warm enough to attack.

Mosquitoes mate in the fall, and then the male dies and the female goes looking for shelter. When it gets cold, a biochemical process replaces some of the water in the mosquito's body with glycerol, which acts like an antifreeze. The glycerol does two things.

First, it reduces ice formation within the mosquito's cells, so that water hardens like glass but doesn't form ice crystals that can then damage the cells. This allows tissues to freeze and thaw without appreciable damage.

Second, the glycerol promotes supercooling, which lowers the temperatures at which fluids freeze within the insect's body by several degrees. This enables the insect to survive at temperatures below the freezing point of water.

This way, unless the winter is unusually harsh, many mosquitoes make it to spring. Then, when it gets warm, they come out of hiding and look for a place to lay their eggs.

Blood from a warm-blooded mammal, like you, means that the female will be able to produce more eggs, and that those eggs will have a better chance of survival.