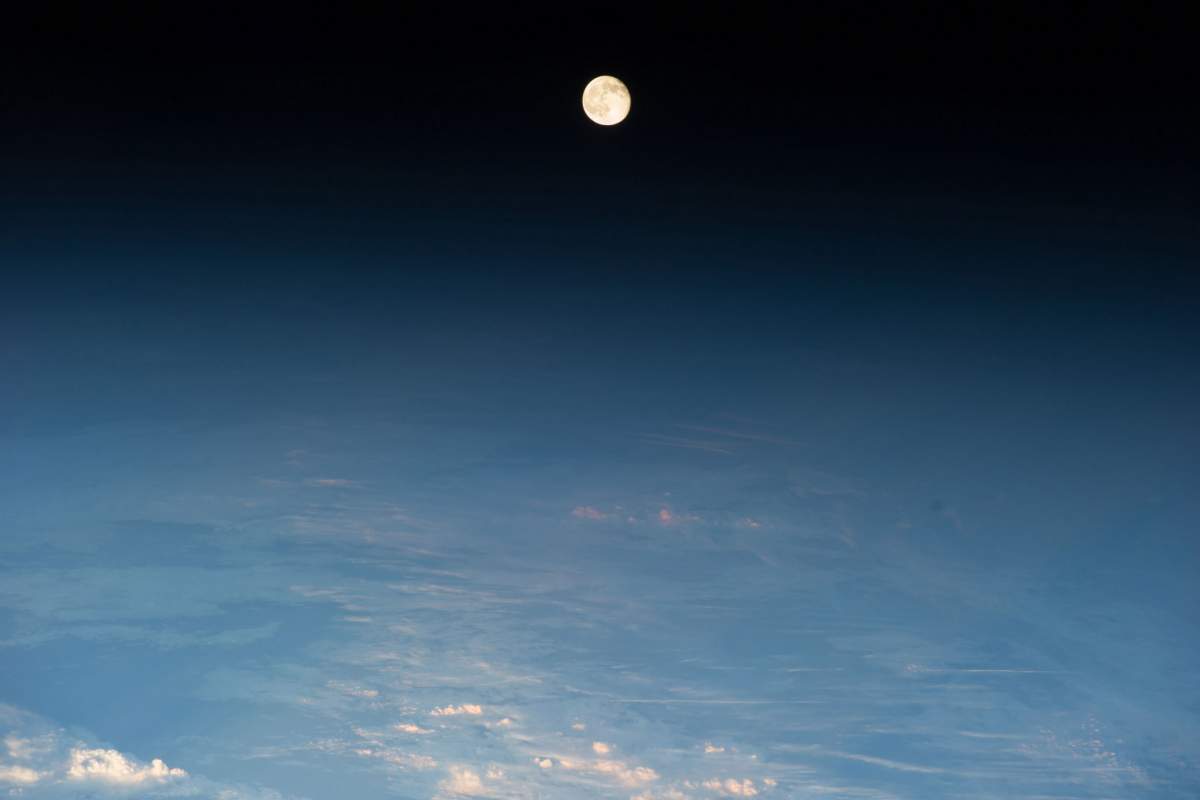 Imagine for a minute that you'd never heard anything about the moon and had to guess how far away it is just by looking at it. What would you say?

If the question stumps you, you're not alone. And yet, you could probably make a fair guess with something like a distant tree, or even a more distant mountain. Why does the moon seem to stand "outside" of distance?

The answer lies in the way our eyes send information to our brains. If you hold a pencil up and look at it with one eye and then the other, it will seem to shift positions slightly. That's because our eyes have evolved slightly apart to allow for depth perception; the difference between the two images is integrated in the brain to produce the experience of a three-dimensional object.

The farther away the object, however, the less of a distinction there is between the two images; move the pencil gradually back and you will see them starting to close in. By the time you are talking about something even a hundred feet distant, our stereoscopic vision has ceased to help us much. So there's one answer: the moon is outside our range for reading distance visually.

But wait. Far-off trees and mountain are outside that range too, yet we can judge their distances easily enough. But that's because we have seen trees and mountains in many contexts and know roughly what to expect. A surprisingly vast mountain can still throw off your depth perception, as people who drive through the Rockies know. There's only one moon, however, and you never get to see it in the context of anything but empty sky.