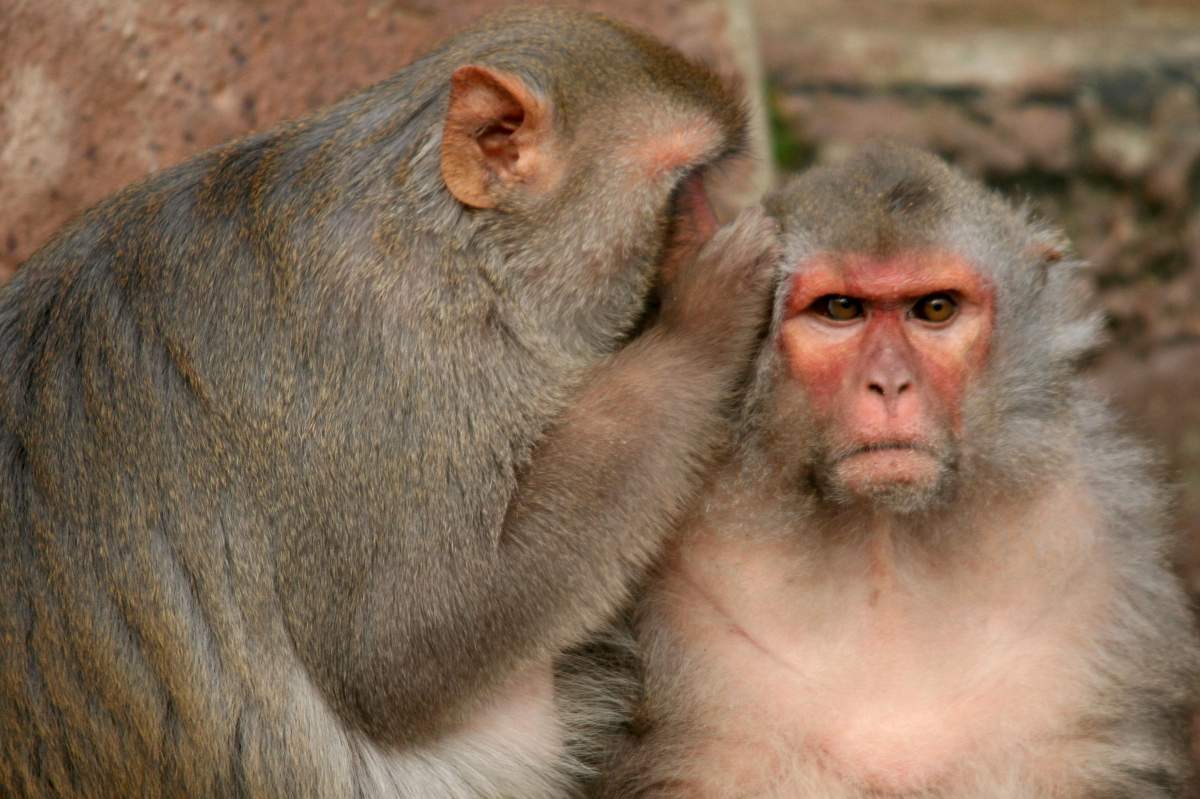 Chimpanzees and other monkeysÂ can do lots of things we once thought were unique to human behavior. Not only can they communicate using American Sign Language, but Rhesus monkeys can also count up to nine according to a new study.

In these experiments Rhesus monkeys were shown a computer screen with different groups of images, say three bananas, four triangles and two hearts. If the monkey learned to touch the groups in order from fewest to most, they got a reward--yummy food pellets.

To make sure the monkeys were differentiating the images based on amount and not just ordering them according to size,Â the experimenters sized the different image groups similarly. Still the monkeys quickly showed they could quantify the objects by pressing the groups of images in order for numbers 1 to 5 and for pairs of numbers from 1 to 9.

And they did it without even using their fingers, which is more than we can say for some humans!