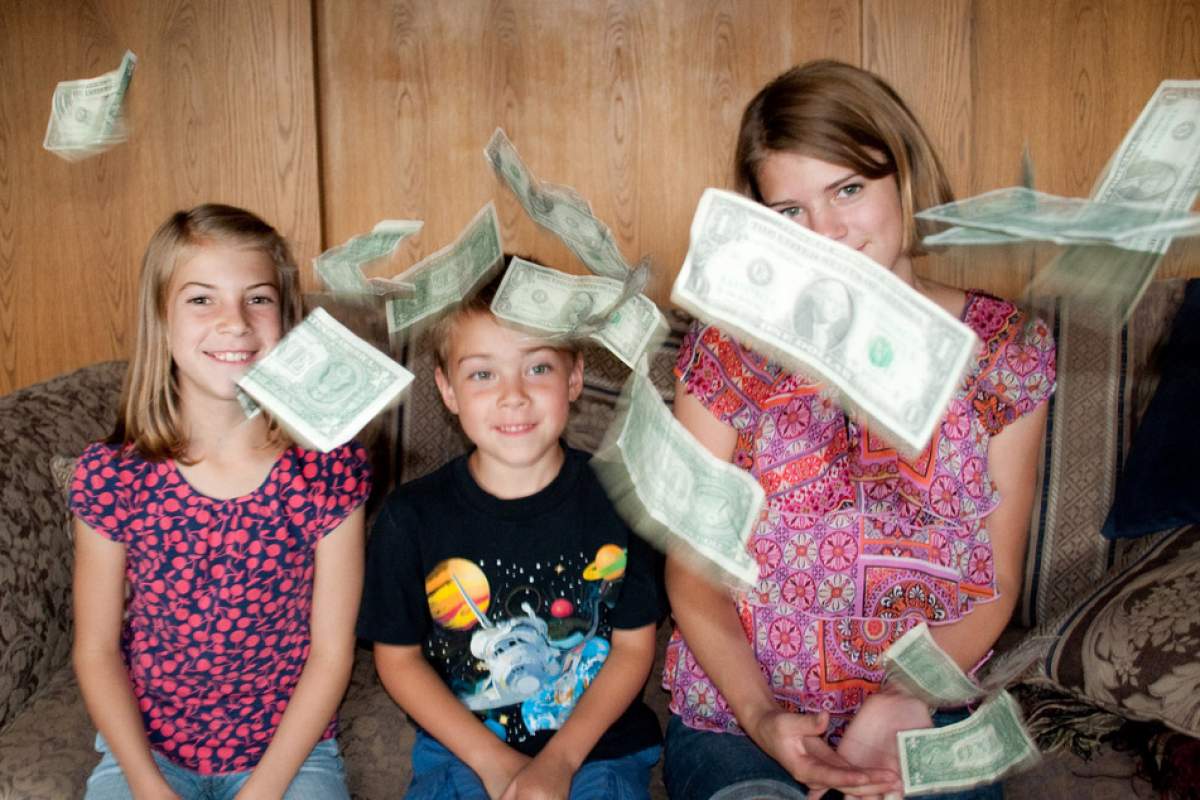 Do you give your kids an allowance? Were you raised in a household that had an allowance system? It's a common method in raising children; it teaches them how to handle money and provides motivation to encourage them to do chores.

For better or for worse, money is known to alter behavior. Some experiments have found that even just handling money can change the behavior of kids as young as three, who don't even really understand the value of various coins and bills.

In one experiment, researchers had one group of children sort coins by denomination and another group sort buttons by color. A bit later, the children were tasked with solving a difficult maze. They were told they could quit the maze challenge at any time.

The kids who sorted coins worked longer at solving the maze and were overall more successful. In a similar experiment, the money and button sorters were asked to help a researcher set up materials for the next group of kids to be tested. The money sorters were less helpful overall than the button sorters. It appeared that handling money made the kids more persistent but also less willing to help other people.

Other experiments have shown much the same thing. Kids who handle money tend to be more selfish and less willing to help other people than kids who don't handle money. But the money kids also tend to work harder to solve problems. Researchers are still studying this relationship.