A Moment Of Butter 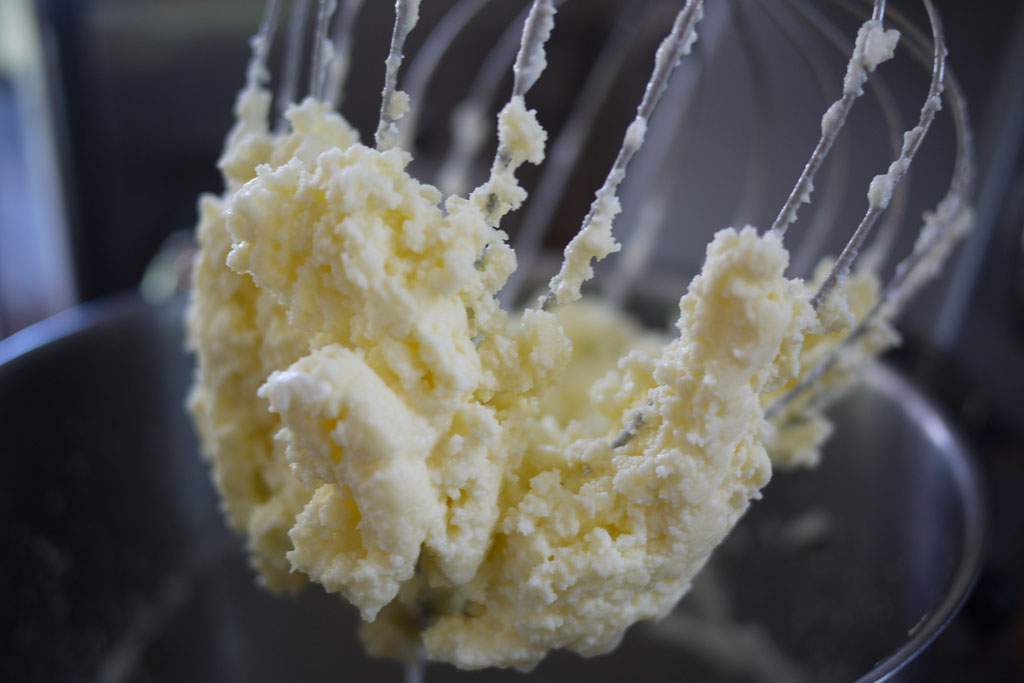 During November, theÂ A Moment of Science blog focused on food science. Previous posts focused on starch and gravy, a round-up of posts about food and eating from the blog and the podcast, and vinegar. Today's post features an experiment/recipe. Here's a link if you would prefer to do that rather than read the blog post.

One impossible to verify story about butter is that, much like penicillin, it was discovered by accident. Here's a very basic version of that story.

A person filled up a bag with milk that hadn't been skimmed to take on a trip. As he and his horse bumped around, the milk sloshed and moved around in the tightly sealed bag. For whatever reason, the man decided not to indulge in it along his journey. At the end of the trip, he didn't open his container to find a mess of curdled or rancid milk. Instead, he found delicious butter.

Butter, as most people in the United States regularly encounters it, comes from the fattiest layer of cow milk. Before it's processed, milk is a mixture of what we call cream and milk. The cream is lighter and can be skimmed off.

A brief side note, there are some people who assume that based on the name "whole milk" that what you're drinking is all the parts of the milk. In fact, in the United States, it only has 3.5% fat.

Let's get back to the milk straight from the cow. This is a very basic explanation of it, and you can find more of the chemistry of it here or in the links below. It's a mixture, also known as an emulsion, of fat and water. An emulsion is where one substance is dispersed in another substance.

So, while there are other things in milk, the emulsion in milk is the fat from the milk and the water. In this form it's an oil-in-water emulsion. The fat is in globules that are suspended in the water.

When you make butter or even something like whipped cream out of heavy cream, what you're doing is breaking down the fat globules in the cream emulsion. A very simple explanation of this is that as you're making these globules pop open, the fat is beginning to stick together and separate itself out. For readers looking for the exact chemistry-based explanation of this process, the links below by Claire Lower, Fred Senese, and Vince Reyes are good and free places to start.

You're going to bring one cup of heavy whipping cream to room temperature. You'll let the other cup stay cold in your refrigerator. Before you start, consider which one, room temperature or cold, you think will be easier to make into butter. Why do you think that?

Pour the room temperature whipping cream into the jar. Shake it, continuously, as long as you can.

After you've finished and let your arms rest for a while, clean out your jar, and pour in the one cup of cold whipping cream. Try to make butter with that.

Pay attention to the amount of time it took to make both kinds of cream into butter. Was there one that wouldn't turn into butter at all? Did one take longer? Was there a difference in texture between the results? Was there the same amount of buttermilk left at the bottom of the jars?

If both cups of cream turned into successful butters, and you want to eat them, make sure to do the following. Separate out the butter and the buttermilk. The additional bowl listed above is for you to pour the buttermilk if you want to use it (biscuits, fried chicken, cake, etc.).

Submerge your butter into the ice water and knead it gently, making sure to get out as much of the remaining buttermilk as possible. This will help the butter last longer.

"The Chemistry of Butter." Oklahoma Department of Agriculture, Food and Forestry and the Oklahoma State Department of Education. Accessed November 13, 2017.

Senese, Fred. "What is the chemical structure of butter?" General Chemistry Online: The Chemistry of Everyday Life.