Why Do People Hate The Word Moist? 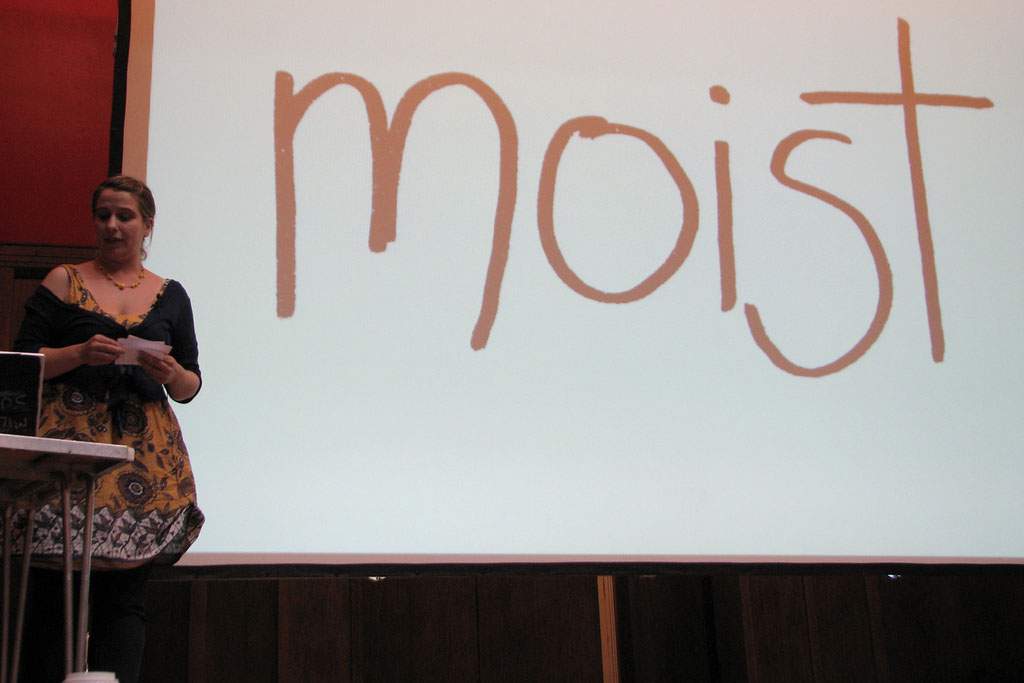 There are some words people don't just like the sound of: Monday, moist, blog. Interestingly, a study conducted by researchers from Oberlin and Trinity University showed about oneâ€‘fifth of the people they surveyed disliked the word, moist, intrinsically.

Well, from the 2500 survey participants, the 20% who indicated a dislike or aversion to "moist" also rated it as being 23% more unpleasant, as compared to those participants who weren't bothered by it.

However, the study found those same people were not repulsed by words with similar sounds, such as "hoist" or "joist." So, researchers were able to surmise it's not about the sound of the word.

Context did matter, because respondents reported that moist was less repulsive when it was paired with a word like cake, as opposed to other word pairings, such as sexual references, for example.

The researchers also found respondents averse to the word moist, were also more likely to be repulsed by other words connected to bodily functions. For example, "phlegm" and "puke."

However, other words ranked as repugnant--luggage, crevice, and stroke--weren't always in this same category. Overall though, this study suggested a primary feature for why people are averse to certain words are the associations they have for them, rather than how it sounds.