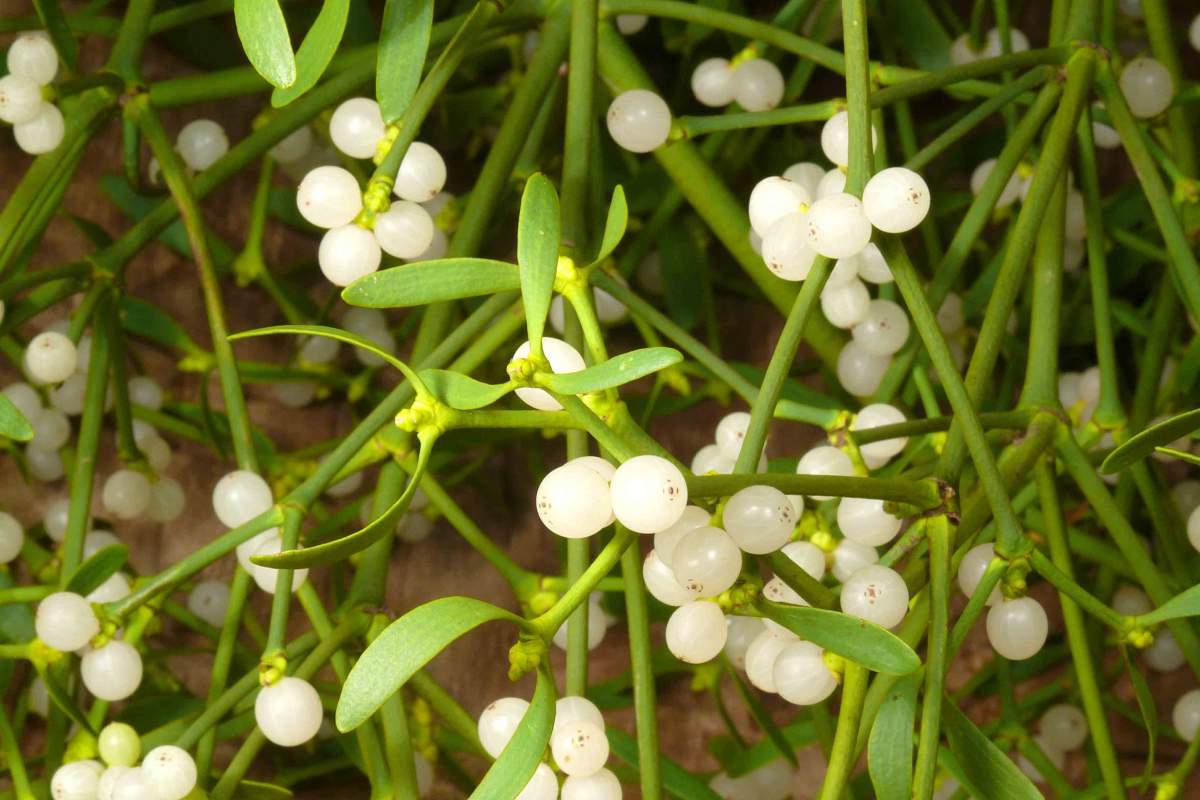 Exception to the Rule

Scientists at Indiana University found that one species of mistletoe lacks several genes involved in energy production in cells. This is the first plant or animal discovered with this sort of condition.

Cellular respiration occurs in cells, special compartments called mitochondria. Their chemical machinery takes sugar and oxygen and produces energy molecules. Some of the genes that run this machinery are located in the mitochondria. The mistletoe species the scientists examined has lost all nine mitochondrial genes encoding one part of the energy production.

Scientists think this mistletoe species has gone through a strange "de-evolution." This may be because mistletoes are parasites which need host plants to complete their life cycle. This particular species attaches to the stem of its host plant and steals nutrients for survival. So, if it's stealing nutrients, it might not need the genes to make its own energy.

The plant still needs to generate energy from the nutrients it steals and the scientists don't know how the plant compensates for the lost genes. Since there are over 2,000 mistletoe species, the scientists want to check other species to see if this condition is an exception. Maybe all parasitic species lack that set of genes. Whatever they discover, this is all new and surprising information that will help scientists understand the evolution and function of parasitism in plants.