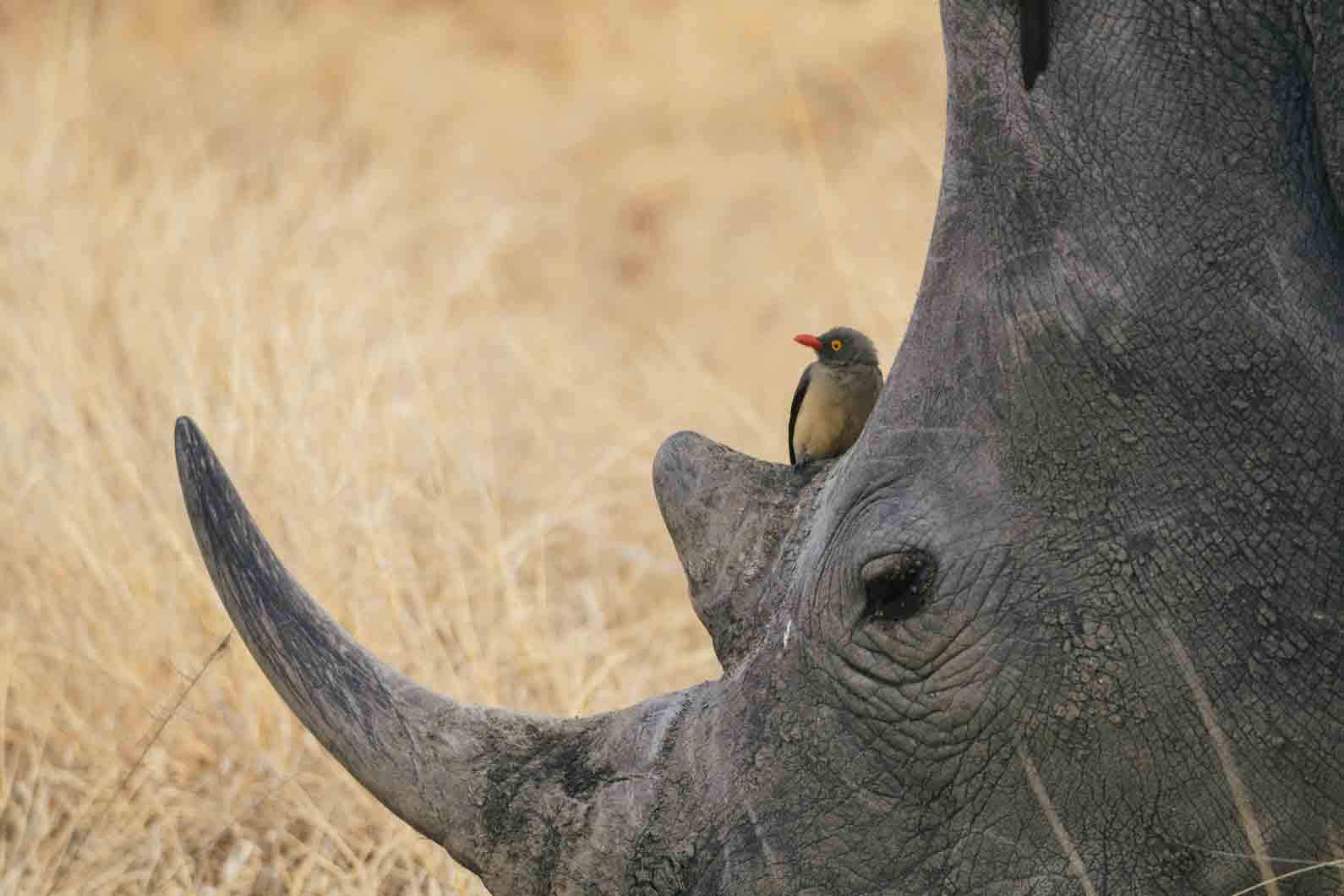 Rhinos are often accompanied by an oxpecker, which perches on the rhino's back.

Oxpeckers, which are also called tickbirds, have sharp claws that allow them to grab onto the backs of large mammals.

But these hitchhikingÂ tickbirds don't cause their hosts any pain; they're barely noticeable. They benefit from theÂ relationship but also contribute in many ways.

UsingÂ their broad, thick beaks, oxpeckersÂ pick at scabs on the rhino's back and feed on the blood. TheyÂ also pick out ticks and other parasites from the rhino's skin.

Oxpeckers are so adapted to life on their host's back that they even mate there.

And because the oxpeckers are soÂ at home on the rhino, they make for great security guards.Â WhenÂ intruders get close, the oxpeckerÂ shrieks to alarm the rhino ofÂ unwelcome company.