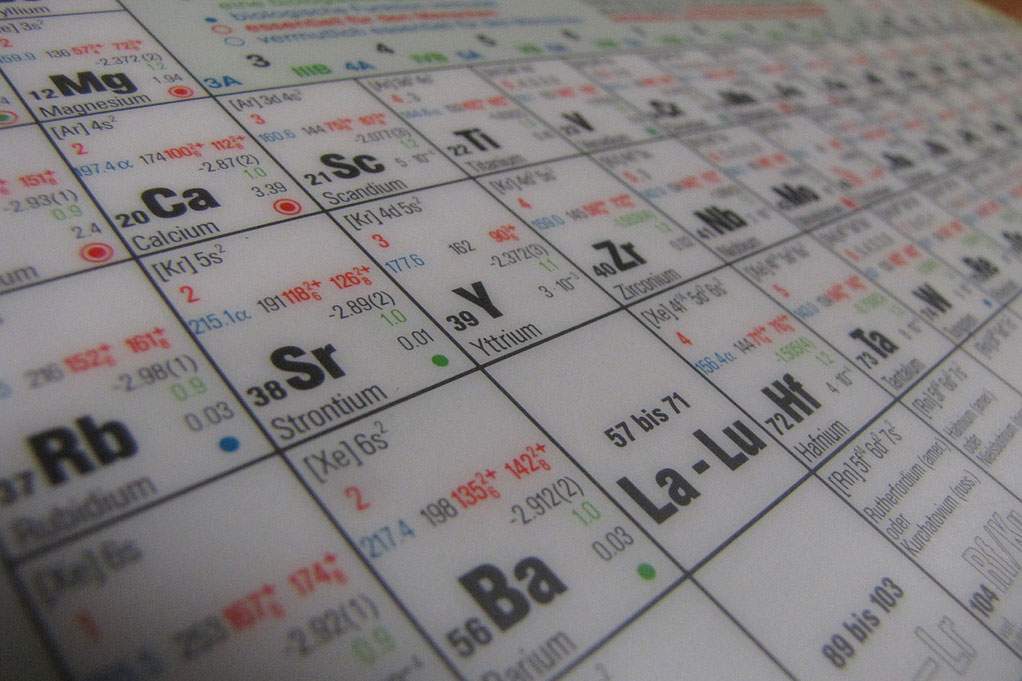 Have you heard about the newest metals? These new metals with atomic numbers 114 and 116 are huge. They have been given temporary names, Ununquadium and Ununhexium.

Doesn't the atomic number stand for the number of particles in the atom?

An atom is made of positively charged protons, neutral neutrons, and negatively charged electrons. Atoms can gain and lose electrons and neutrons, so it would be difficult to use those numbers for identification.

Uranium is radioactive. What about the new metals?

Like all large elements, they are unstable and break apart, creating smaller atoms and radiation. They don't last long enough to be a threat. Scientists created them by smashing together two smaller elements in a nuclear accelerator.

They bombarded curium atoms which have ninety six protons with calcium nuclei which have twenty protons, and got Ununhexium. It lasted a few seconds before decaying, or breaking apart, into Ununquadium and an alpha particle. That lasted about a half second before decaying into Copernicium, number one hundred twelve.

Wow. That sounds like a lot of work to get an element to appear for less than a second.

But scientists think there are stable super heavy metals with new chemical properties that are even heavier yet. Because of that, they keep trying.