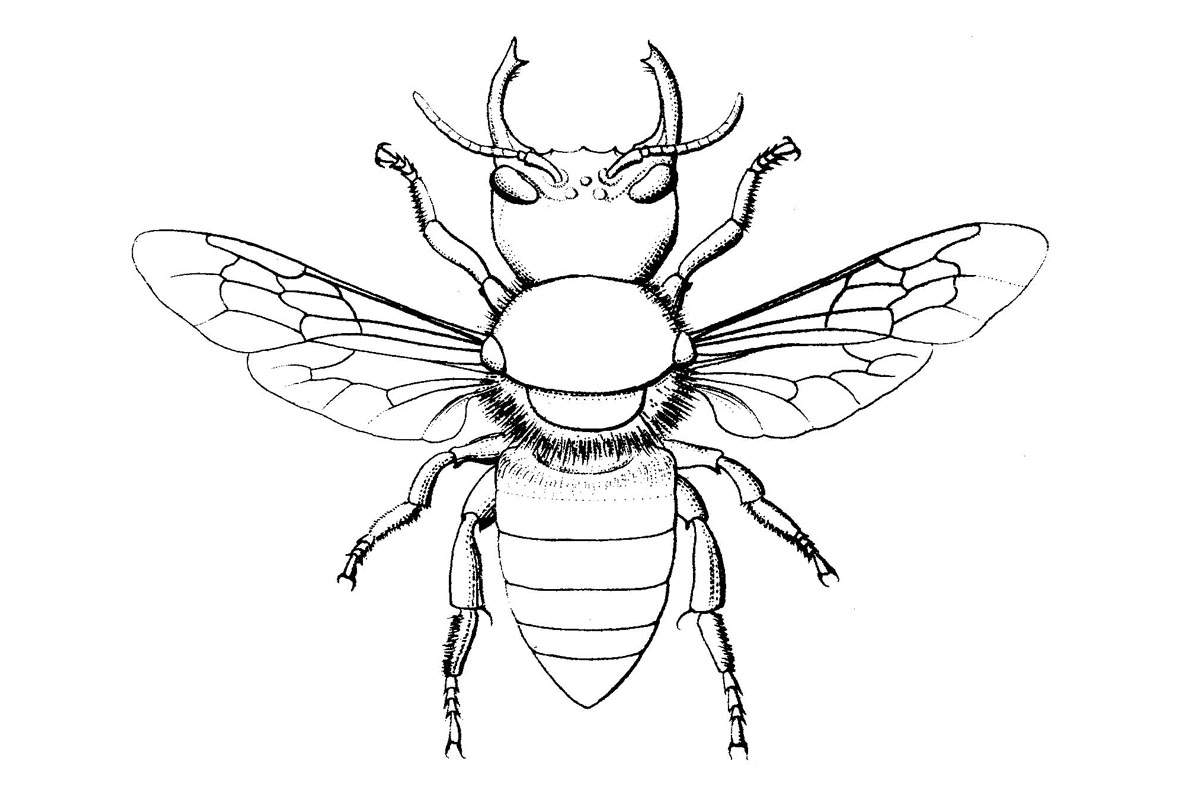 Megachile pluto, commonly called "Wallaceâ€˜s giant bee," is the worldâ€˜s largest bee, and perhaps its most elusive. From 1981 to 2018 there were no reported sightings of it. Wallaceâ€˜s giant bee is the namesake of the naturalist Alfred Russel Wallace, who first collected the bee in 1858. That specimen resides at Oxford. For over a century, it was the only proof of the beeâ€˜s existence.

Then, in 1981, an entomologist found the giant bee in the North Moluccas, Indonesia, where locals call it "Raja Ofu," which means "king bee." That sighting was never caught on film.

In 2018, 37 years later, scientists and a photographer located and recorded the bee living in the wild. The giant bee is a formidable sight: growing up to an inch and a half long, with a wingspan of up to two and a half inches, plus a large mandible like a stag beetle.

The bees use their mandibles to scrape sticky resin from trees in lowland forests. They use the resin to build compartments within tree-dwelling nests, where female bees raise young.

Much of that natural habitat has been cleared for local agriculture, and may soon be sued to grow palm oil. Deforestation makes it difficult for scientists to find more specimens and study them, which they need to do in order to establish its need for protection under international trade agreements.

Wallaceâ€˜s giant bee is not currently protected, but there are surveys underway by the Indonesian Science Ministry to find more nests in hopes of protecting the species.