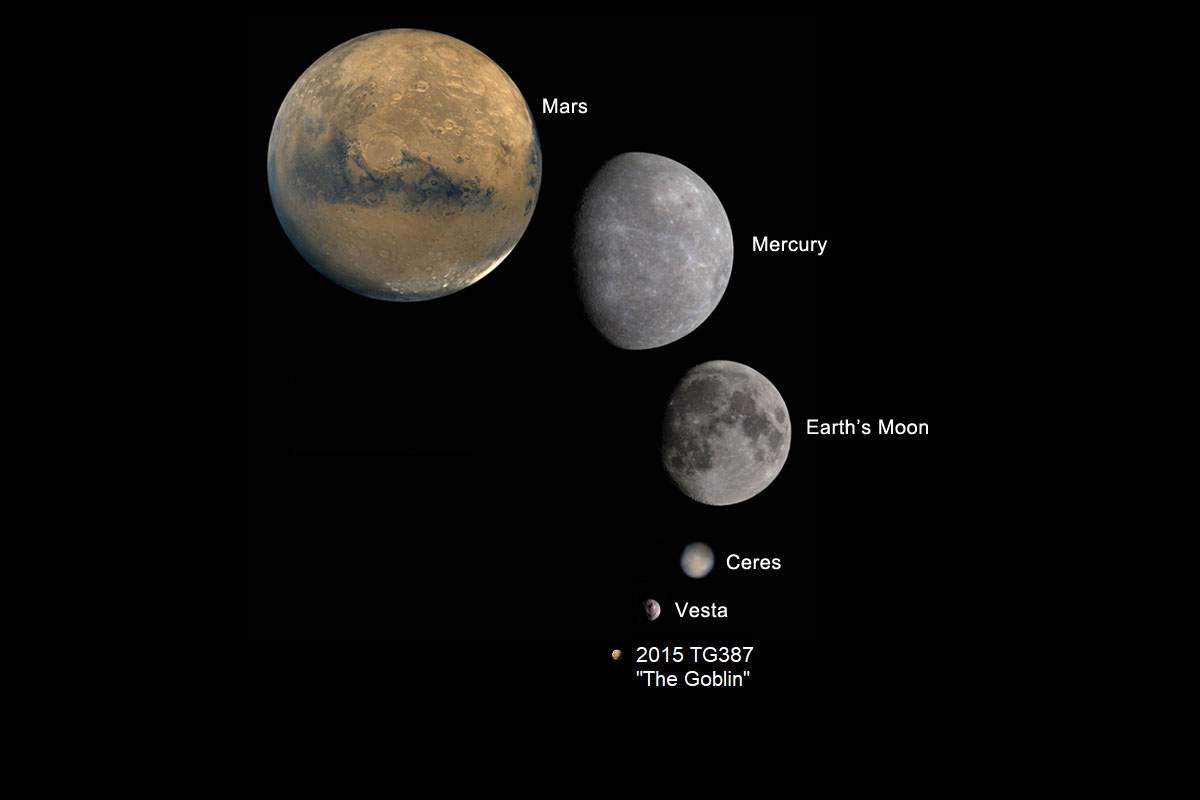 What do you daydream about? Me, lately, I've been spending a lot of time thinking about space travel. If I had a rocket ship, I would maybe go to Mars or Saturn or even the Goblin.

"The Goblin" is the nickname for a newly discovered object in our solar system. It‘s possibly a small dwarf planet, or at least a clump of debris called a "planetesimal." Though it was first found in 2015, researchers have only recently announced its existence.

Pluto Is A Dwarf Planet

You're probably familiar with dwarf planets. They‘re round and they orbit the sun, just like regular planets. But they‘re much smaller, and their gravity isn‘t very strong, so other celestial bodies can get in the way of their orbit. Pluto‘s now considered a dwarf planet.

And the Goblin, a tiny ice world only a couple hundred miles in diameter, might fit that description. Right now, it‘s about 7.4 billion miles away from the sun--close enough that scientists were able to see it with the Subaru 8-meter telescope in Hawaii.

The Goblin Is More Than 200 Billion Miles Away

But at the farthest end of its elliptical orbit, that distance is over 200 billion miles! One go around the sun takes the Goblin 40,000 Earth years.

Sometimes it's easy to forget that our solar system isn't just the planets and our sun. There' much more to it. One of the most interesting things about the Goblin: its existence could point to a possible new Planet Nine existing somewhere on our solar system‘s fringes.

This hypothetical hidden world, a bit larger than Earth but ten times more massive, might explain the Goblin‘s elongated orbit.