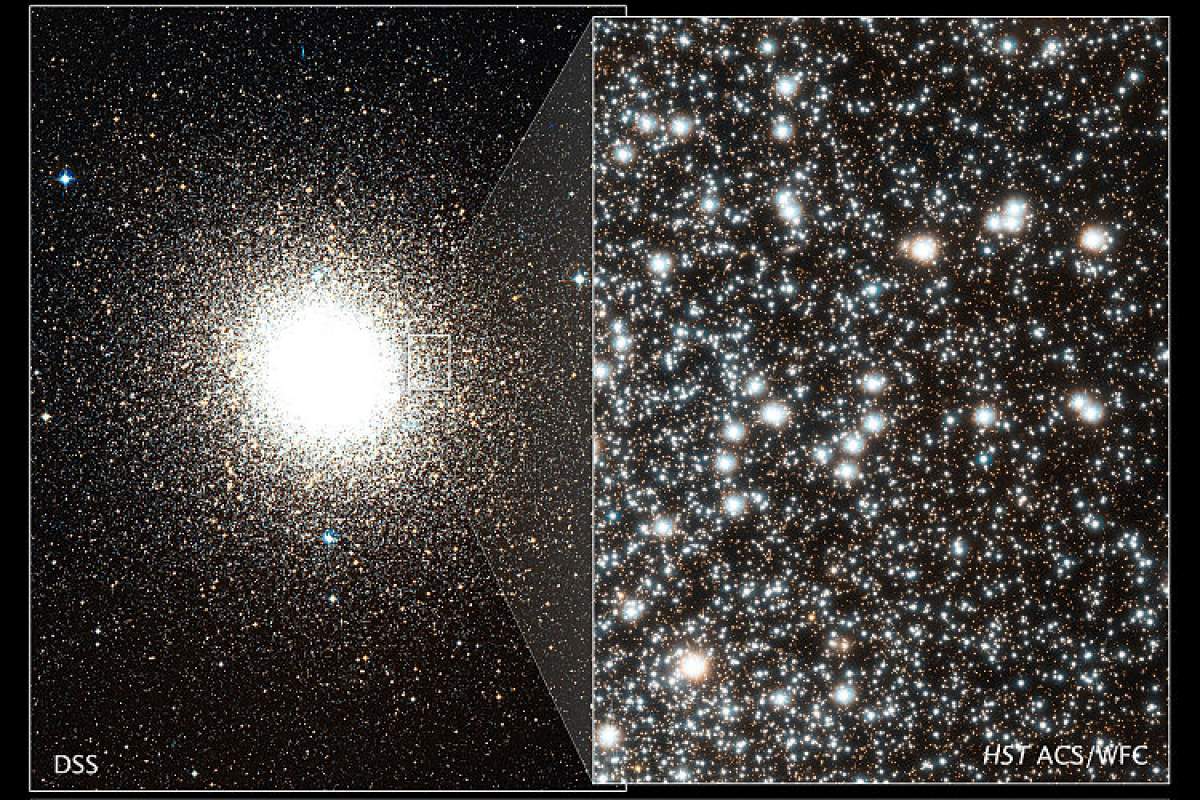 Even though globular clusters are composed of hundreds of thousands of stars, most of them are actually too faint to be seen with the naked eye. This is because the some 150 clusters inhabiting the Milky Way tend to be far away, situated either near to the the galaxy's core or way out on its periphery.

For example, the brightest cluster for norther observers is M13, and It appears only as a barely-visible patch of light in the constellation Hercules.

What are Globular Star Clusters?

Through a telescope, these groups of stars which are held together by gravity are a much more spectacular sight: countless points of light superimposed on top of each other. It's like looking at a mini-galaxy.

Because globular clusters are thought to be some of the oldest components of the Milky Way, having accurate estimates of these massive clusters' ages is vital to understanding the origin and evolution of our galactic home.

Unfortunately, estimating the ages of clusters is tricky business.

How Old Is That Cluster?

For most of their lives, stars are members of what's known as the "main sequence," which means they exhibit a particular combination of color and brightness that astronomers can use to guess stellar ages.

Although stars mostly consist of hydrogen and helium, there are usually traces of heavier elements. Since these heavier elements also influence a star's light profile, they can confound estimates.

Fortunately, a team of astronomers led by Brad Hansen of the University of California at Los Angeles has developed a new method that avoids the problem posed by heavy elements. They applied their new method to two globular clusters, one on the outskirts of the galaxy called NGC 6397, and one near its central bulge called 47 Tucanae.

Their results are published in the August issue of the journal Nature.

The new method involves dead stars called white dwarfs. These dense collapsed bodies have gravity so strong that heavier elements are pulled to their cores, eliminating their confusing influence.

The Hansen group used the Hubble Space Telescope to study many white dwarfs in NGC 6397 and 47 Tucanae, estimating the age of the halo cluster NGC 6397 at roughly 11.7 billion years and the central bulge cluster 47 Tucanae at 9.7 billion years.

These results corroborated previous estimates produced by other methods, which gives astronomers more confidence that their age estimates are right.