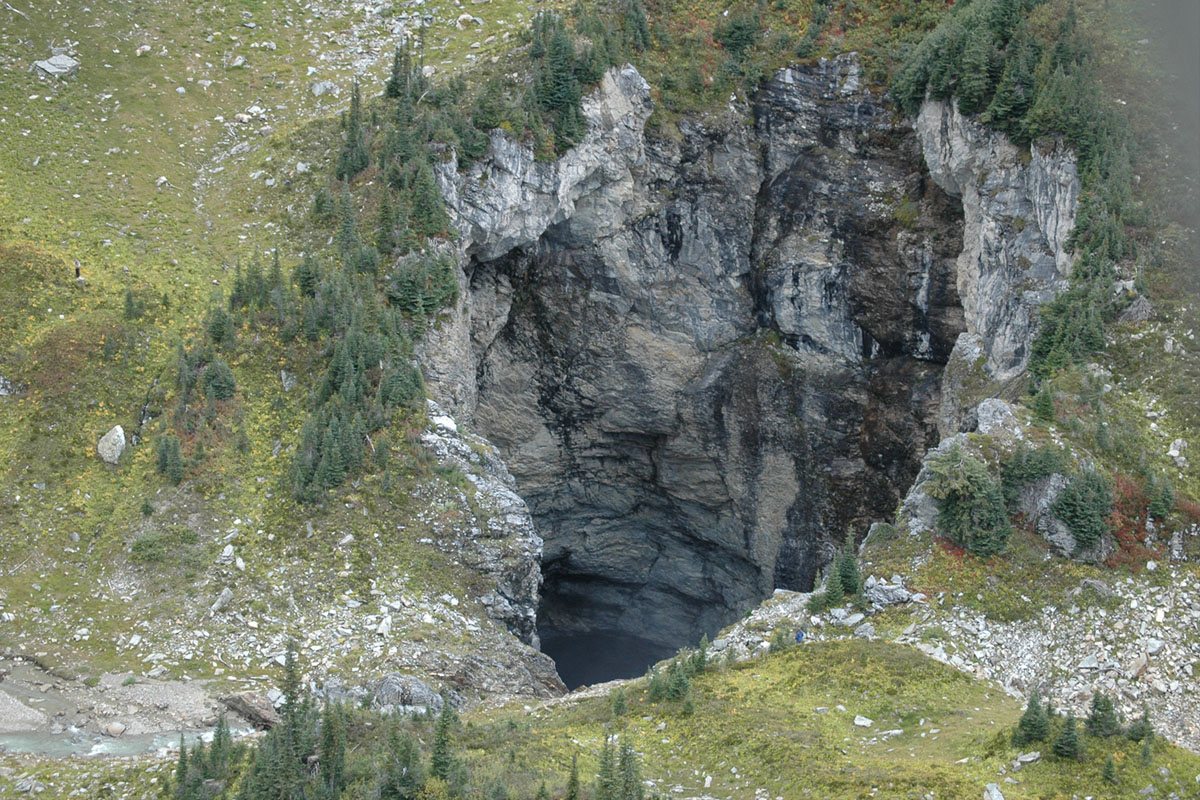 In British Columbia, in a remote corner of Wells Gray Provincial Park, scientists have found a cave so massive it could easily hold the Statue of Liberty.

Itâ€˜s in a very out-of-the-way alpine valley. Indigenous peoples and early explorers may have already known of its existence, but for researchers, it was a total surprise. The cave was discovered last spring by a crew conducting a helicopter census of caribou. Geologist Catherine Hickson, and cave expert John Pollack, led a preliminary exploration in September 2018.

At that time of year, the winter snows have finally melted, and the water running into the cave is at its minimum. Itâ€˜s basically a giant hole in the ground with steep rock walls. A waterfall plunges over the edge into a rushing river that exits over a mile away.

The waterfall is likely how the cave was formed. All of the water started dissolving the marble, and since it comes from surrounding glaciers, itâ€˜s full of silt and sand. Sandy water is extremely abrasive, so it would have quickly accelerated the dissolving process and carved out those steep rock walls.

The cave could very well be tens of thousands of years old, and dangerous to explore.

This is precisely why scientists are keeping its exact location a secret for now.

The opening is about 330 by 200 feet, and its depth is probably at least 450 feet. The rocks are "stripe karst," a material composed of quartzite, marble and schist that formed into layered stripes as a result of pressure and heat.

It is truly an amazing discovery. The planet clearly still has plenty of secrets left for us to unlock.