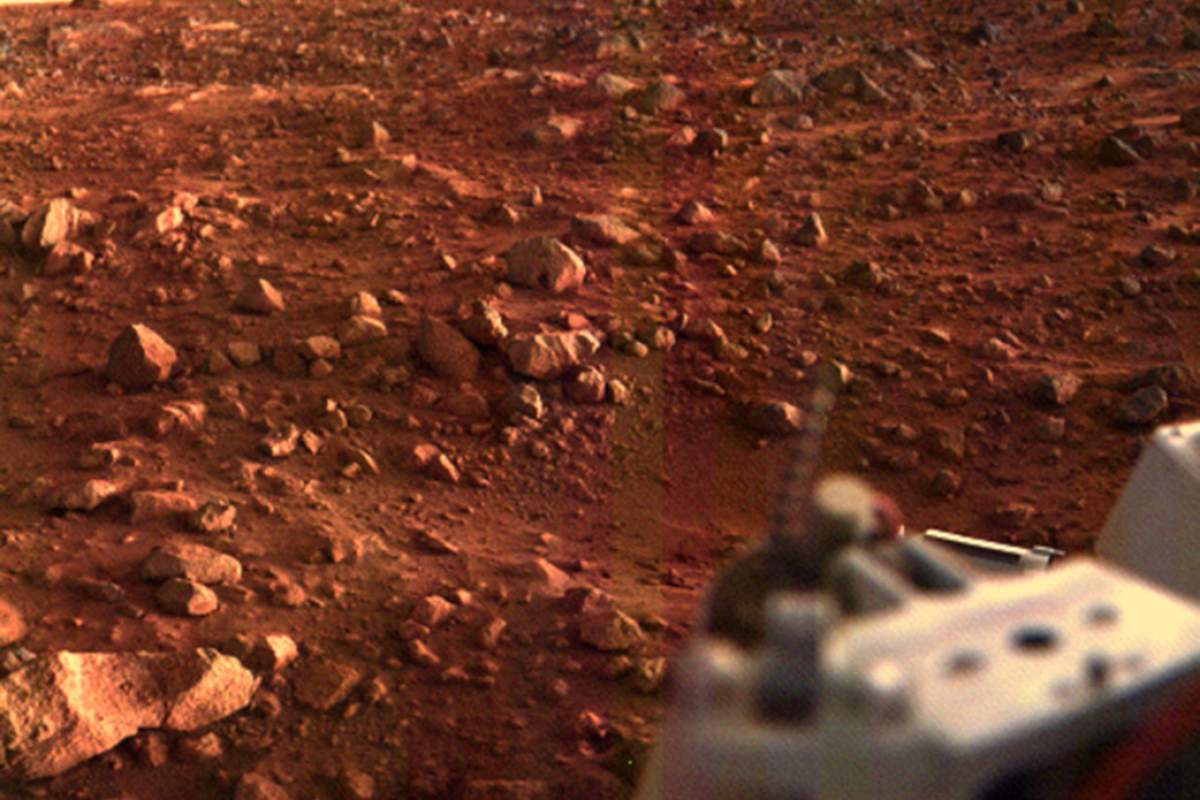 There's evidence that the northern lowlands of Mars are the basin of a huge ocean that existed more than three billion years ago, and covered about a third of the planet's surface.

That idea was first suggested way back in the nineteen eighties. But there's a big problem. Planetary scientists can't find geological remnants of an ancient shoreline everyplace they should be.

"Planetary scientists can't find geological remnants of an ancient shoreline everyplace they should be.

In 2016 an international scientific team published findings, based on analyzing data from spacecraft, of strong new evidence for the ocean hypothesis. They found deposits of debris and other landforms that they think were formed when two ancient tsunamis struck the shorelines of a Martian ocean.

Tsunamis are gigantic waves. Here on Earth, they are sometimes produced by earthquakes under the ocean. The Martian tsunamis were probably produced by the impact of an asteroid or comet into the ocean.

The waves may have traveled at a speed of fortyâ€‘five miles an hour and been four hundred feet high. The deposits include gigantic boulders, and there are backwash channels where the water from the big waves drained back down the beach.

The tsunamis might have washed away evidence of more conventional shoreline deposits in some places. The tsunami deposits might be a great place for future missions to look for fossil traces of past Martian life.