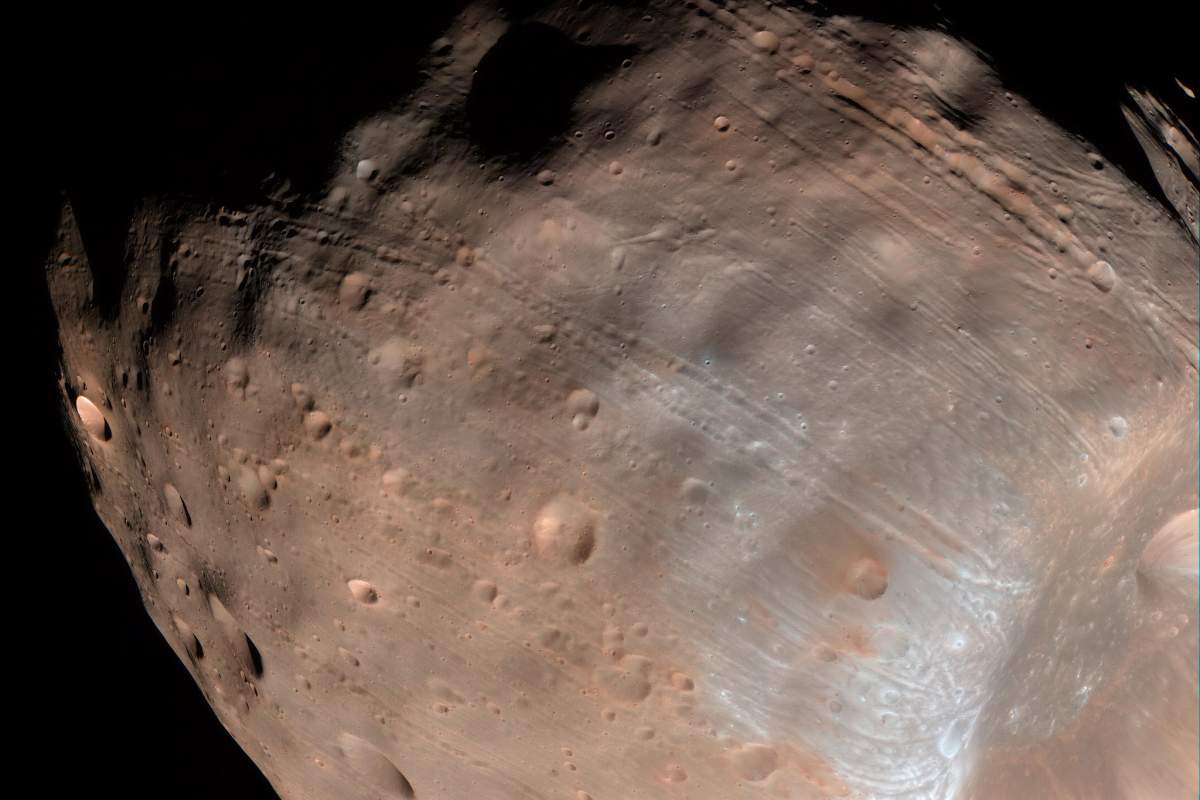 Can you picture Mars with a ring around it? That's what scientists think Mars is going to look like in tens of millions of years. They're predicting that one of Mars' moons, Phobos, is going to break apart, and its particles are going to make a ring around Mars.

Phobos is the moon that already orbits very closely to Mars. Each year, it orbits a few centimeters closer.

That's making the tidal forces caused by the gravitational pull of the planet on the moon get stronger, and all that stretching is slowly deforming Phobos.

It isn't a very solid moon–it's considered a "rubble pile" because of its many pores and fractures–so scientists think the tidal forces will eventually get strong enough to tear the moon apart. It'll be a long time before this all happens: it won't be for another twenty to forty million years.

The Ring of Mars

Mars' new ring won't be a permanent situation. The length of its existence depends on how far Phobos is from Mars when it finally breaks apart. If the moon breaks up when it's closer to Mars, the new ring would persist for about a million years before it spread to Mars' atmosphere and started losing material. If the moon breaks apart farther away from Mars, the ring could persist for a hundred million years.

University of California - Berkeley. "Mars to lose its largest moon, Phobos, but gain a ring: In 10-20 million years, the moon will get so close to Mars that it'll be shredded into a ring." ScienceDaily.