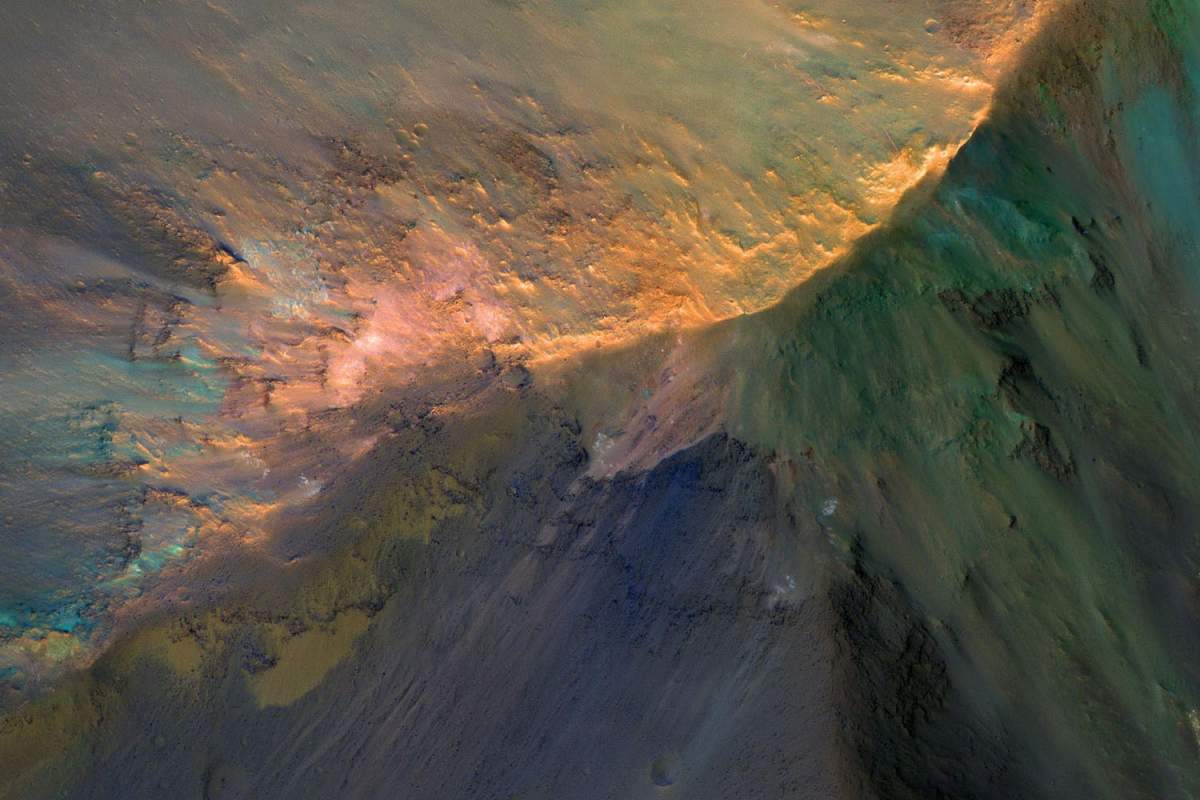 Spacecraft have found evidence that there used to be bodies of liquid water on Mars billions of years ago; ponds, rivers, and maybe even oceans.

Liquid water isn't stable on Mars. Most would freeze into ice because the average surface temperature is about eighty degrees Fahrenheit below zero.

Temperatures in the equatorial regions sometimes do rise above freezing, but even then, ice would generally turn directly into vapor because Mars's atmosphere is a hundred times thinner than Earth's.

Scientists think that Mars's atmosphere was once thicker. A thicker atmosphere would have trapped more of the sun's heat, and allowed water to remain liquid on a warmer Mars.

Where Did The Air Go?

NASA launched a spacecraft called MAVEN to orbit Mars and study how its atmosphere interacts with solar radiation. Researchers found that, even today, the Martian atmosphere is gradually being stripped away by a wind of charged particles from the sun.

About sixty-five percent of the gas argon that was ever present in the atmosphere has vanished.

Mars is less massive than Earth, so its gravity is weaker. But that's not the only reason why its losing its atmosphere.

The main difference is Earth is protected by a strong magnetic field, but Mars's field is much weaker. As of three point eight billion years ago, Mars had already lost much of its atmosphere.

Since primitive Earth had similar conditions and had, by then, given rise to life, it's possible that Mars did, too. But if that did happen, the theoretical life on Mars had a much harder surviving because of Mars' environment.