Why Don't Marks On The Surface Of The Moon Disappear? 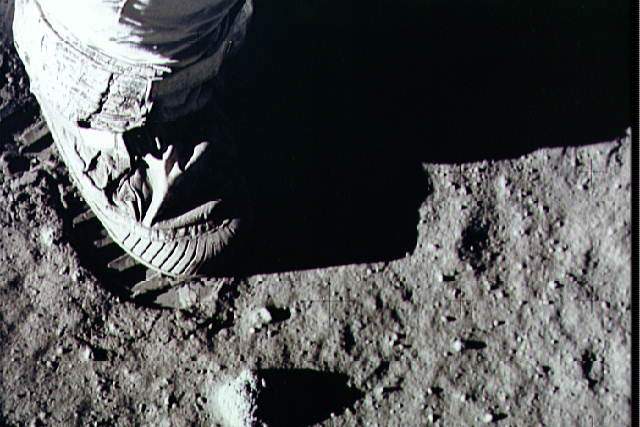 In 1969 when Neil Armstrong said "That's one small step...", he made a lasting impression. On the moon, that is. Marks on the surface of the moon don't disappear the way marks on the Earth do; a great example is the impact craters we can see dotting the moon's surface. Many of them are billions of years old!

If you write your name in the sand at the beach, one day later there's no sign you were there. What's the difference?

Here's an experiment you can do to find out. Take two pans and fill them with soil and sand mixed together. Now have some young person press her or his hand down into the mixture to make an imprint. One of these surfaces will represent the Earth, and one the moon.

Leave your Earth pan outside. Take the moon pan inside and place a cardboard box over the top of it, weighted down with something heavy. Wait a couple days and check again. The moon pan will look the same. More than likely, though, the Earth pan won't. Maybe the wind blew the sand around. Maybe it rained or snowed.

The point is that Earth has an atmosphere, which results in wind, rain, rivers and streams, lots of motion. Of course, Earth is also volcanically active: the ground shakes, lava pours out, continents rise and fall. By comparison, nothing much ever happens on the moonexcept for the impacts that give rise to those craterseven across billions of years. So an impression on the moon can be a lasting impression indeed!