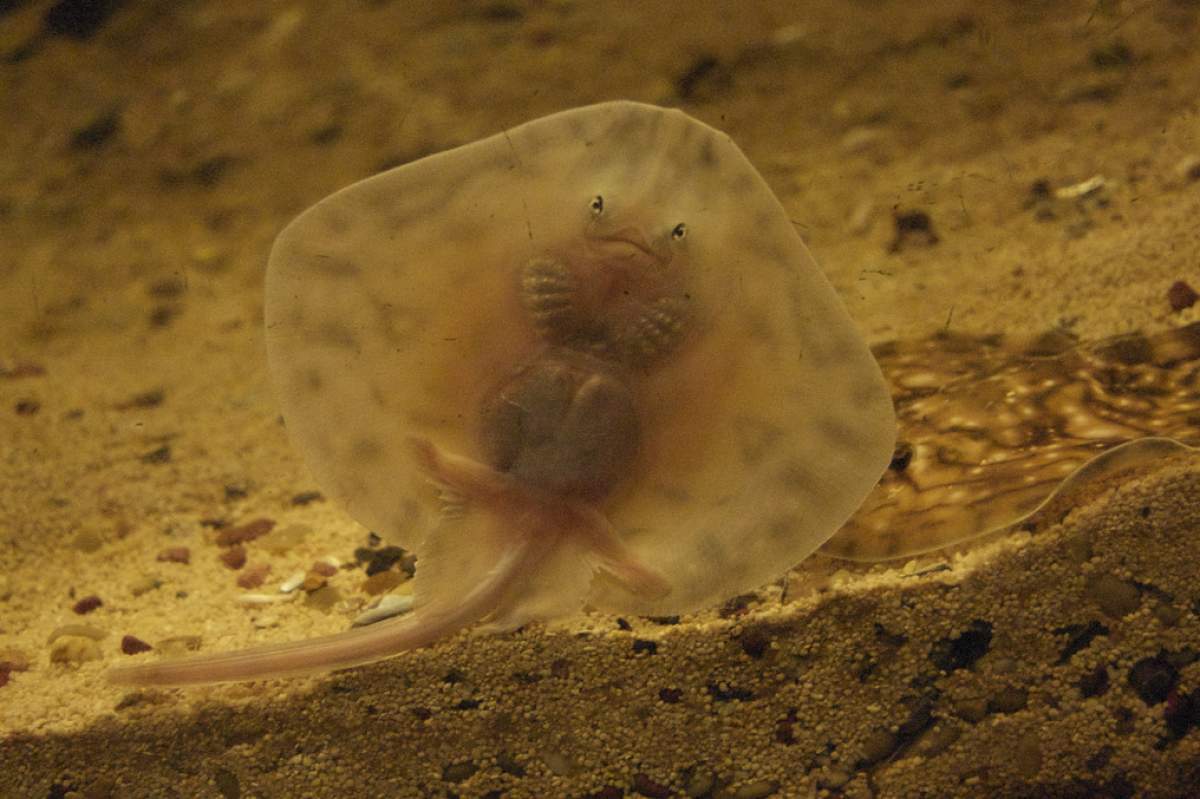 Many people think that what sets people apart from animals is self-awareness. Studies have shown that several mammals such as apes, dolphins, and elephants are also self-aware.

In 2016 biologists published the first evidence that a fish, the giant manta ray, may also be self-aware.

They reasoned that if an animal can recognize itself in the mirror, then it must have a capacity for self-awareness.

The scientists put a mirror in a tank with manta rays and carefully observed their behavior. The fish didn't show social behavior toward their reflection i.e. acting as if it's another animal. Instead, they circled in front of the mirror, as if examining themselves.

Right now, the results of that test aren't definitive. Unfortunately, scientists can't do the best test.

"Studies have shown that several mammals such as dolphins, elephants, and apes are self-aware."

The best test is to put a mark on the animal's body and see if the animal uses the mirror to inspect it. Apes will use the mirror and then examine the spot by touch. Manta rays don't have arms and hands, so that part of the test can't be applied.

Fish are commonly believed to be "lower species without a lot of brain power." They're actually a very diverse group of animals.

There are more different species of fish than all other kinds of animals with backbones. Some of them have evolved larger brains and more sophisticated cognitive abilities. Scientists are interested in manta rays because their brains are among the largest for fish.