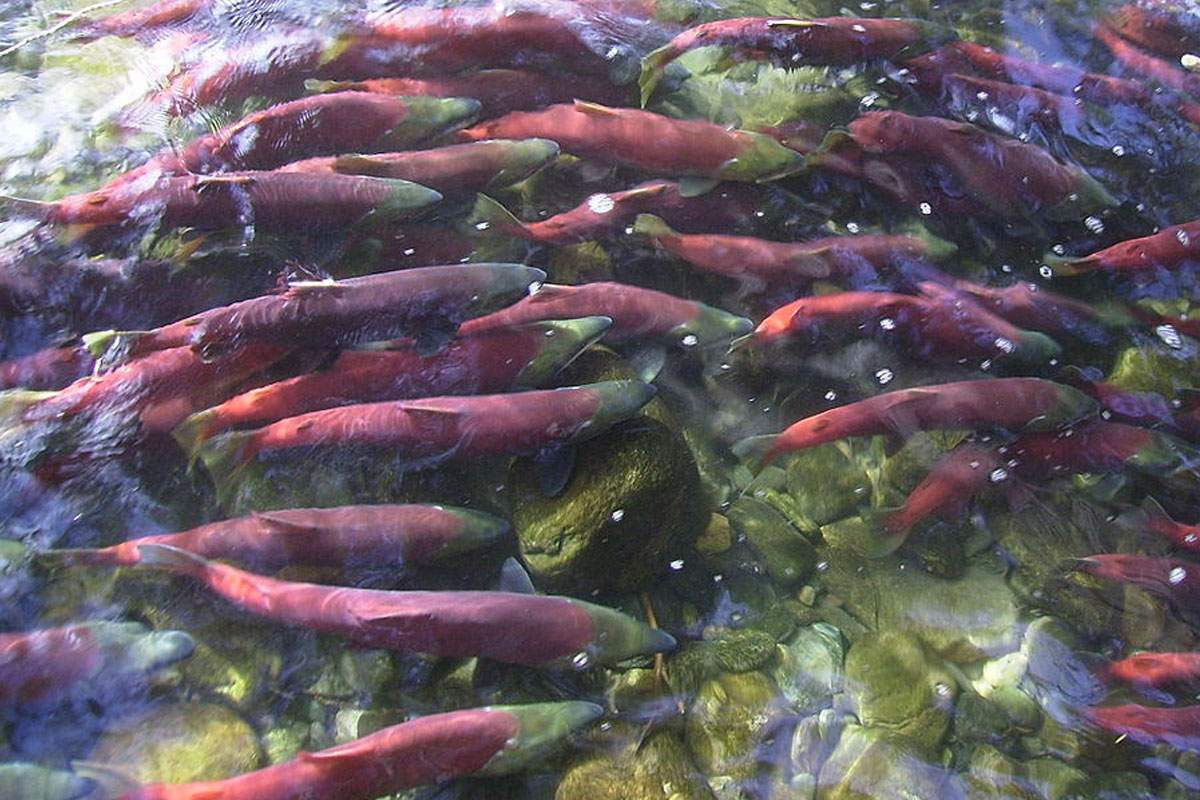 The sockeye salmon is surprisingly similar to a compass.

As many people know, a compass points north thanks to the pull of the earthâ€˜s geomagnetic field. It turns out that sockeye salmon are also sensitive to the earthâ€˜s magnetic pull. Scientists have discovered evidence showing that salmon use a technique called "geomagnetic imprinting" to find their way home to their birth rivers.

This means salmon can detect the precise geomagnetic "feel" of a riverâ€˜s location, and memorize it to help them return later.

Moving As The Earth Moves

Scientists discovered this ability by analyzing migration data for sockeye salmon born in British Columbiaâ€˜s Fraser River. The fish there leave the river to spend their adult life in the North Pacific Ocean. Two years later, they return to spawn. They either have to swim around the north or the south end of Vancouver Island to get back.

The number of salmon using the northern route has steadily increased over the last century, and the scientists figured out that the earthâ€˜s shifting geomagnetic fields were involved.

Apparently, the magnetic field at the mouth of the Fraser River used to line up with the southern route, but these days it coincides with the northern passage instead. This is why the sockeye salmon is like a compass. It uses the earthâ€˜s magnetic field to point itself in the right direction and find its ways home.