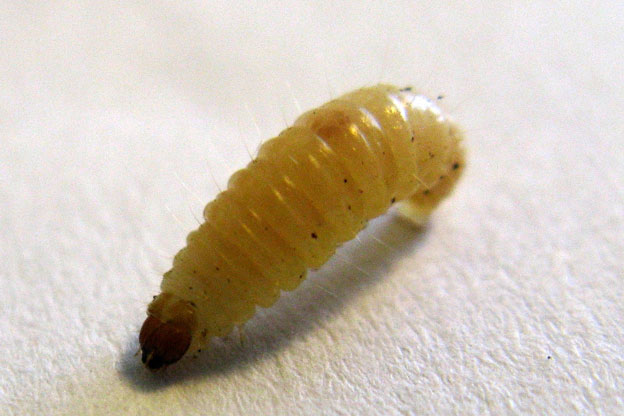 During World War I, before modern antibiotics, wounded soldiers often died or lost limbs to infection. Army doctors did everything they could, but even in minor wounds, infection quickly could become life-threatening.

Then the doctors noticed something strange. Sometimes wounded soldiers lay on the battlefield for several days before receiving medical care, and sometimes their wounds became infested with maggots, the larvae of common houseflies. These maggot-infested wounds almost never became infected.

What was going on?

The doctors didn't know how maggots prevented infection, but soldiers were dying and anything was worth a try. They placed special, sterile maggots into wounds that were most difficult to treat and they had great results. The maggots even wiggled out of the wound when their work was done, collecting on the dressing to be thrown away.

It sounds disgusting, but maggot therapy saved many lives and limbs. Here's how.

Maggots don't eat living tissue, only dead tissue, where bacteria grow and multiply. Unlike bacteria, maggots don't harm the adjacent living tissue. So as maggots clean dead tissue out of a wound, they prevent the spread of bacteria and make room for healthy tissue to regenerate. In addition, maggots secrete a substance that kills bacteria, in other words, an antibiotic.

Maggots fight infection in wounds so well that doctors relied on them for a couple decades after World War I, until modern antibiotics provided a less creepy alternative. However, even on occasion today, when a tricky wound doesn't respond to standard treatment, some doctors still turn to maggot therapy. And it still saves lives and limbs.