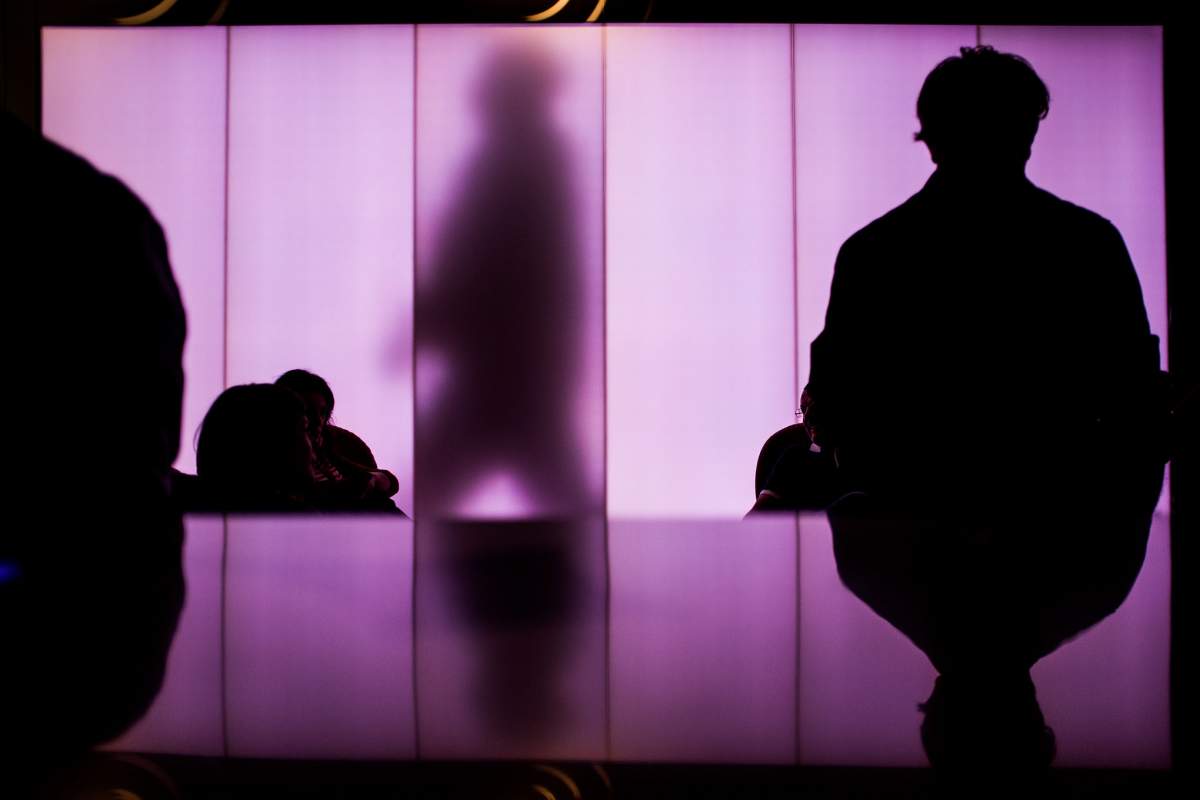 On a sunny day, look at your shadow on a plain, smooth surface. Look closely at the shadow's edge.

The edge is not perfectly sharp; there's a gradual transition from the dark inside, through a range of intermediate grays, to the bright outside.

That bright band on the outside of the shadow, and the dark band on the inside, were first discussed in scientific literature in the mid-nineteenth century, by the Austrian physicist Ernst Mach. They're generally called Mach bands.

The Mach bands are an optical illusion. They don't represent actual variations in the amount of light hitting the surface: the bands are created by our visual system.

To see the Mach bands more clearly, try moving around and watching the edge of the moving shadow.

The Mach bands indicate that our visual system accentuates contrast at edges. Our visual system tells us about the difference between the dark area and the bright area by accentuating the line where they meet.

That's why we can use lines to draw pictures. To make a convincing picture of, say, a coffee cup, an artist needs to draw only the edges.

Our perceptual system interprets the lines to mean "coffee cup" on one side and "background" on the other.

Those bands provide a striking piece of evidence that our visual system accentuates contrast wherever we see an edge.