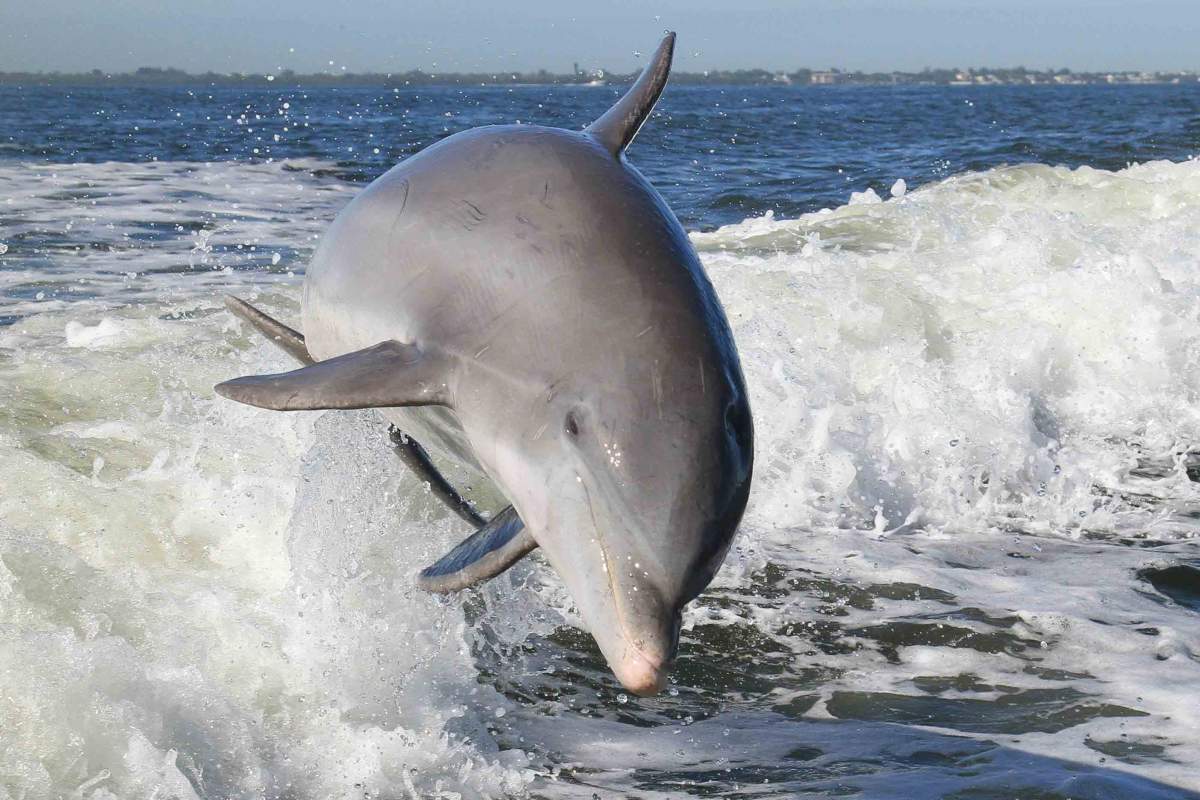 If you've ever been on a cruise or ocean going boat, you may have seen dolphins cavorting alongside the vessel.

The animals may look like they're having fun, and they are--dolphins enjoy swimming alongside boats and interacting with people. But to communicate with each other, dolphins have to raise their voices to be heard over the noise of the ship's propellers. The more ships in the vicinity, the more the dolphins have to shout.

And by shout, we mean literally increase the frequency, amplitude, and duration of their signature clicks, squeaks and whines. Or, when too many boats make things loud, dolphins are also known to repeat their calls over and over. Just like you'd have to yell and repeat yourself to be heard over the roar of loud machinery or at a rock concert.

The Cost of Being Heard

Now, dolphins are fully capable of making themselves heard. But all that extra volume comes at a cost. When a dolphin raises its voice by just ten decibels, it needs to take in more air. And to compensate for the extra energy required to take in more air, it needs to eat more. It's estimated that wild dolphins must consume two extra calories for every two minutes they spend overcoming boat noise.

Two calories may not sound like much, but over time it adds up. Dolphins that live in boat heavy, noisy environments may expend so much energy making themselves heard that their ability to breed suffers. The costs are even greater for young dolphins, and for nursing females that already spend lots of energy foraging for food.

"Dolphins 'Shout' to Be Heard over Boat Noise" (Scientific American)