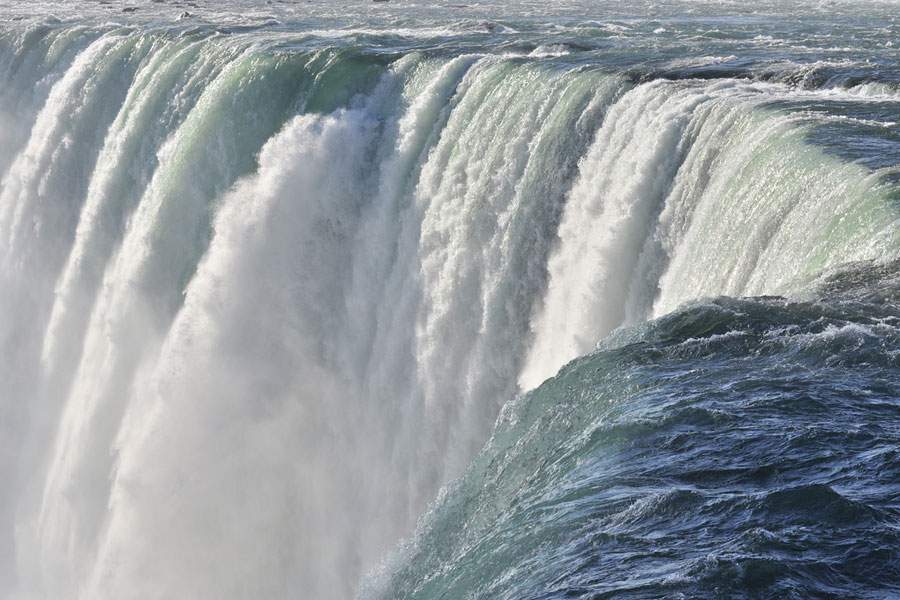 Niagara Falls has been a famous honeymoon spot for over a hundred years: some honeymooners have been more faithful to it than to each other.

When The Falls Formed

Since the falls were formed during the late Pleistocene period, about twelve thousand years ago, they have been subject to the force of erosion. As they erode, the falls are moving upstream, so they will one day disappear into Lake Erie.

At Niagara, the volume of water is very high. In fact, one-fifth of the world's fresh water empties from the Great Lakes Superior, Huron, Michigan, and Erie over the falls into Lake Ontario. Niagara is the second largest waterfall in the world.

Before you cancel your honeymoon suite with the heart-shaped tub, keep in mind that in the past 12,000 years the falls have moved about seven miles upstream and, at this rate, they will disappear into Lake Erie in just under 23,000 years. Enough time to visit on a honeymoonand even a second honeymoon.