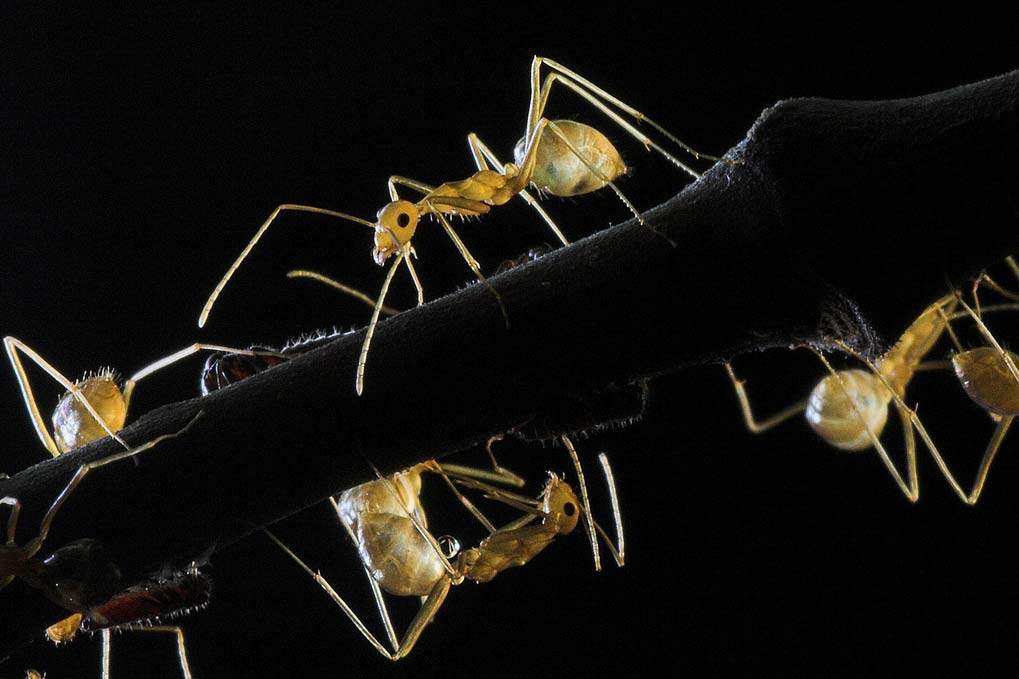 If you've ever driven in LA, you know that people don't cooperate terribly well. Traffic jams, folks cutting folks off, people shouting at you out their windows...it's a real headache. We'd all do a lot better--at least, we'd all move through congestion a lot faster--if we were ants.

Why ants, you ask? That's what Ian Couzin of Princeton University wanted to know. You may have seen films of huge numbers of South American Army Ants zooming across the grass on raids and coming back with all sorts of goodies to eat. So why don't they all crash into each other and suffer ant-gridlock, the way humans do? One "ant-swer" Couzin found is that army ants follow a simple procedure: Everybody coming home has the right-of-way.

Even a simple rule such as that--if you're going out, step aside; if you're coming home, don't step aside--works terrifically. It results in a stream of home-going ants passing unobstructed through the center of a crowd of out-going ants. Among other things, this means raiding parties can go any direction from the anthill, because nobody has to remember some complicated rule about turning left or turning right. Also, the guys bringing home the goodies will always be protected on both sides by out-going ants. Simple.

So would this work in LA? Probably not. Thousands of human beings just can't be made to follow a behavioral rule such as that. Somebody would try to get a little bit ahead, then somebody else would see that and get angry, and pretty soon, you're back to LA traffic. For better or worse, people don't think like ants.