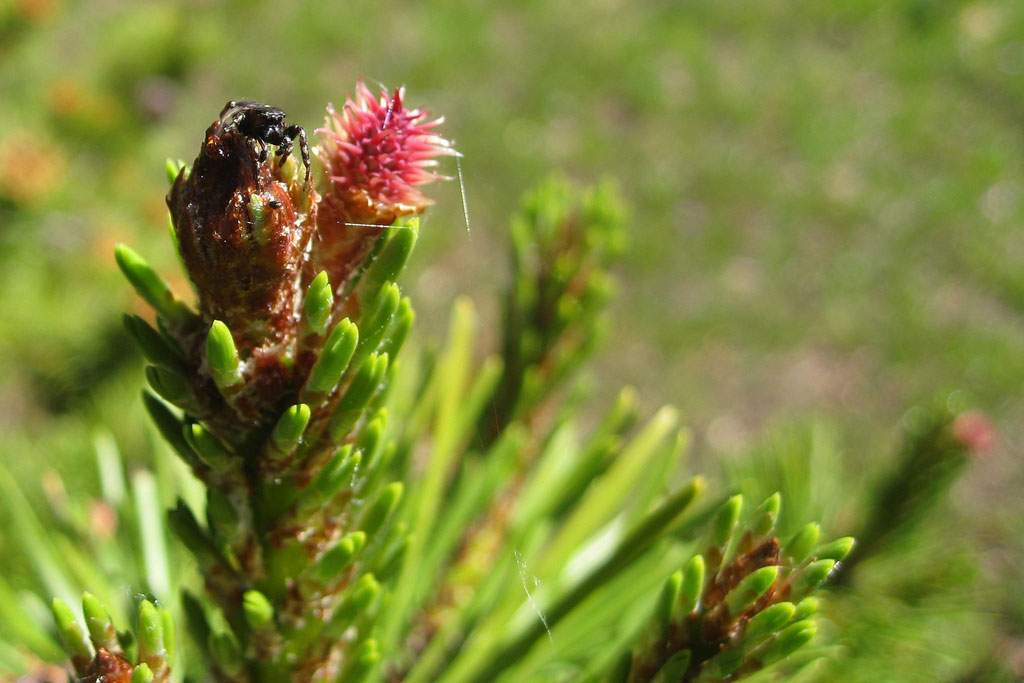 The summer of 2012 was certainly a scorcher, with forest fires blazing across the Western United States. To humans, wildfires are often scary and dangerous. If you were a lodgepole pine cone, though, you would be eagerly awaiting the blazing heat of those flames!

When lodgepole pines grow, especially in areas that are prone to forest fires, their cones are tightly sealed. A layer of resin and woody tissue sticks the cones' scales together. The seeds are locked in tight, and the cones can't open unless they're exposed to VERY high temperatures like the type of temperatures that fire provides.

"Serotinous" is a scientific term for a seed that requires an environmental trigger in order to be released. For the lodgepole pine, that trigger is heat. And since big fires don't come along very often (Note: this episode is a re-run that was written and produced in 2012, we know that wildfire season in parts of the United States has significantly changed in the intervening six years) those well-sealed pine cones have to be extremely patient. They can hang out on the tree branches for several years waiting for enough heat to open them up!

So, if multiple years' worth of cones can accumulate, then a lot of new pine trees sure must sprout up after a fire.

Lodgepole pines are famous for colonizing post-fire landscapes. The seeds love the carbon rich soil that fire leaves behind, and seedlings pop up almost immediately. They grow into dense stands of trees, and before you know it, there's a whole new crop of serotinous cones waiting in anticipation for the next fire to blaze through.