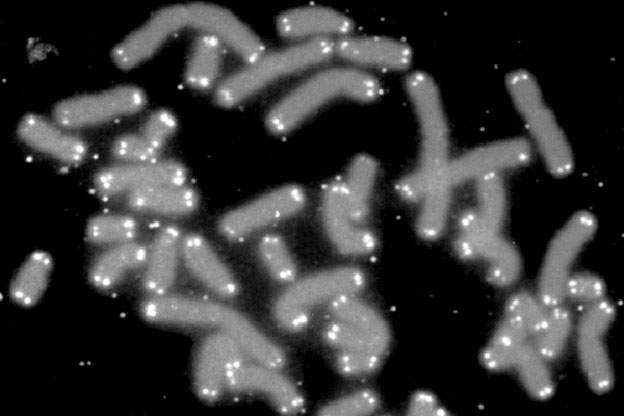 Wouldn't you like to live past 100 years old? Science has helped improve our lifespan over the last century, but what about the future?

Progress is slow. In 2016, a team of British and Japanese scientists reported that they studied hundreds of Tokyo residents who were over one hundred years old, and their offspring. The study included the world's oldest man, who is 115 years old. They were trying to find out what's different about these people.

One thing that they looked at were telomeres. Telomeres are segments at the end of each chromosome in the nucleus of every cell in the body. Medical scientists know that they get shorter with age, and since the 1970s have suspected them of involvement in the aging process.

They did look at telomeres, and they found that the children of centenarians had telomeres as long as typical sixty year olds when they were eighty. So telomere length does seem to be important, but once you become very old, telomere length is no longer a good predictor of successful aging.

They also found that the offspring of the centenarians had lower than usual levels of chronic inflammation. Even though inflammation is just a natural response of the body to toxins or cell damage, prolonged inflammation can cause many problems. It may be involved in heart attack, stroke, and even Alzheimer's disease. The study highlights the importance of developing new treatments for chronic inflammation.

Still, it seems we are a long way from a full understanding of why people get old.