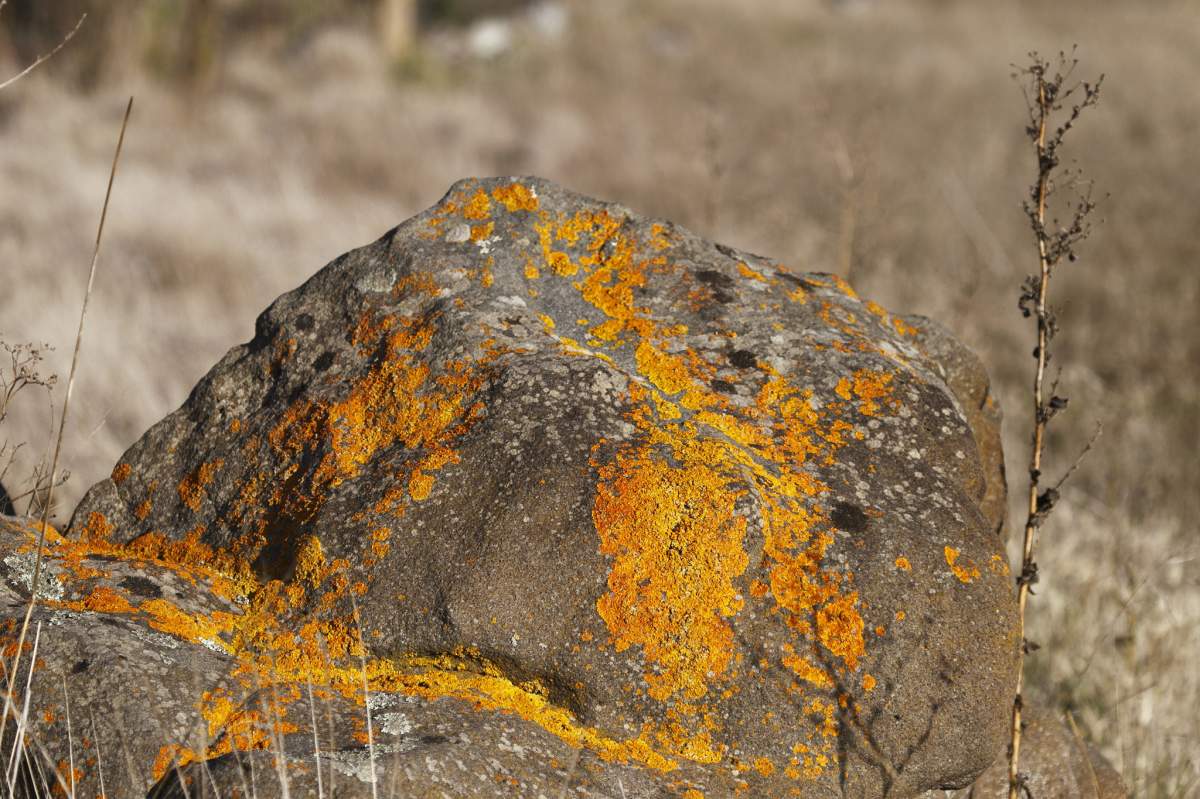 From 1867 up until recently, lichen was defined as a symbiotic organism that's made up of fungus joined with algae or cyanobacteria.

It was recently discovered that there's a third partner in the mix... which could explain why scientists haven't been able to make lichens in a lab, even when combining a fungus and algae known to partner together in nature, or why two lichens that are seemingly genetically identical could look or act so differently.

That's actually what led to the discovery. A team was trying to figure out why the lichen Bryoria tortuosa is yellow and produces a toxic acid, while a lichen made up of the same fungus and algae, Bryoria fremontii, is dark brown and doesn't produce the acid. After analyzing the species' genes, the scientists found a whole new fungus lurking in the mix: a species of yeast from the understudied basidiomycete class.

Some thought it could be a case of lab contamination. But further studies found the yeast in fifty-two other lichen genera all over the world.

Remember, the whole idea behind symbiotic partnerships is that the organisms help each other. So, what do the yeasts add to this relationship?

Scientists think they might help support the lichen's structure, and also maybe produce protective chemicals, but it's going to take a while to figure out the details.