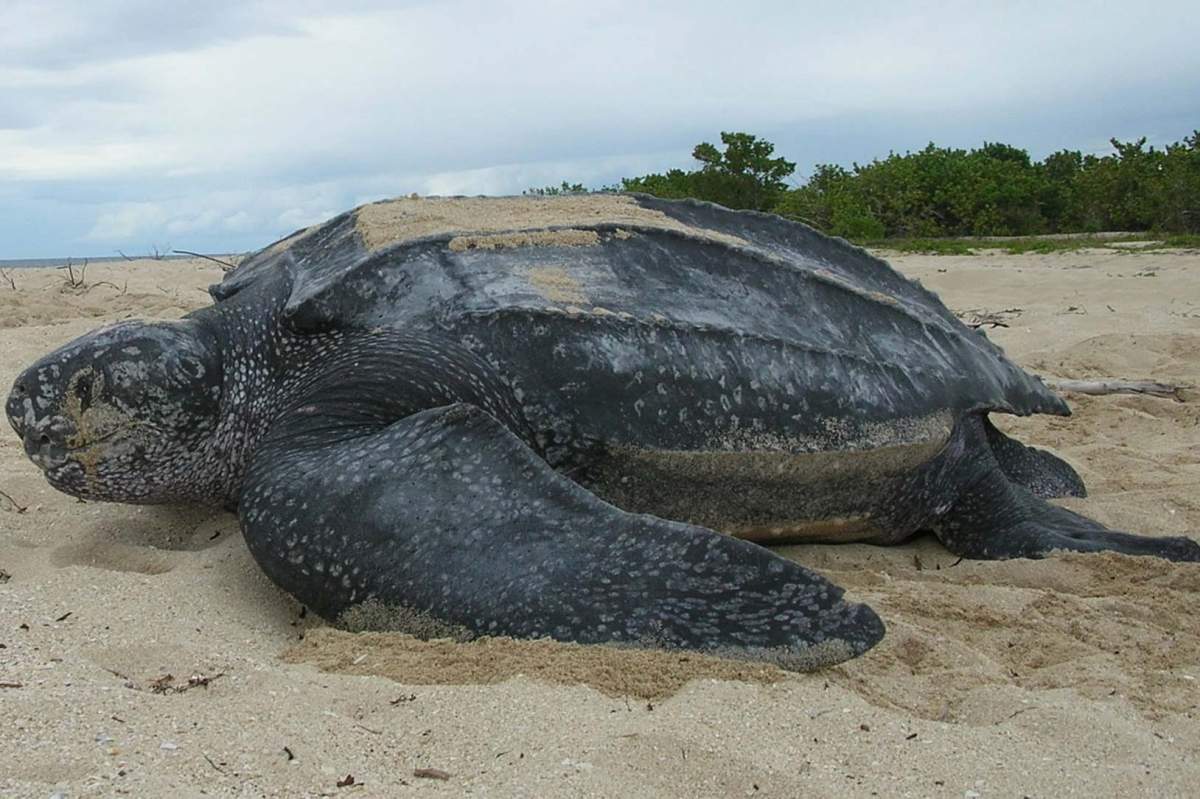 Unfortunately, another factor that makes the Leatherback turtle special is that it is an endangered species. Despite the fact that the Leatherback female lays an average of 100 eggs at a time, only a few survive. Part of the problem is that eggs and hatchlings are prey to animal predators.

However, much more dangerous are human predators in a variety of ways. Once the eggs are buried, the female returns to sea; so it's easy for a poacher to dig the eggs up. Humans not only consume the eggs as a source of protein, but use them in certain medicines and as aphrodisiacs.

Another obstacle for the Leatherback is the loss of many of its nesting beaches. Beaches the turtles have been nesting on for thousands of years are now inhabited by hotels and tourists, and if the turtles aren't frightened away by that alone, their eggs often get crushed by beach traffic.

Yet another problem for the Leatherback is fisheries. Many turtles die due to accidentally being caught in fishermen's pursuit of other sea creatures.

To make matters worse, the leatherback sometimes mistakes the soft plastic refuse littering the ocean for its normal snack-of-choice, jellyfish. When leatherbacks consume plastic it gets caught in their digestive tracts and kills them.