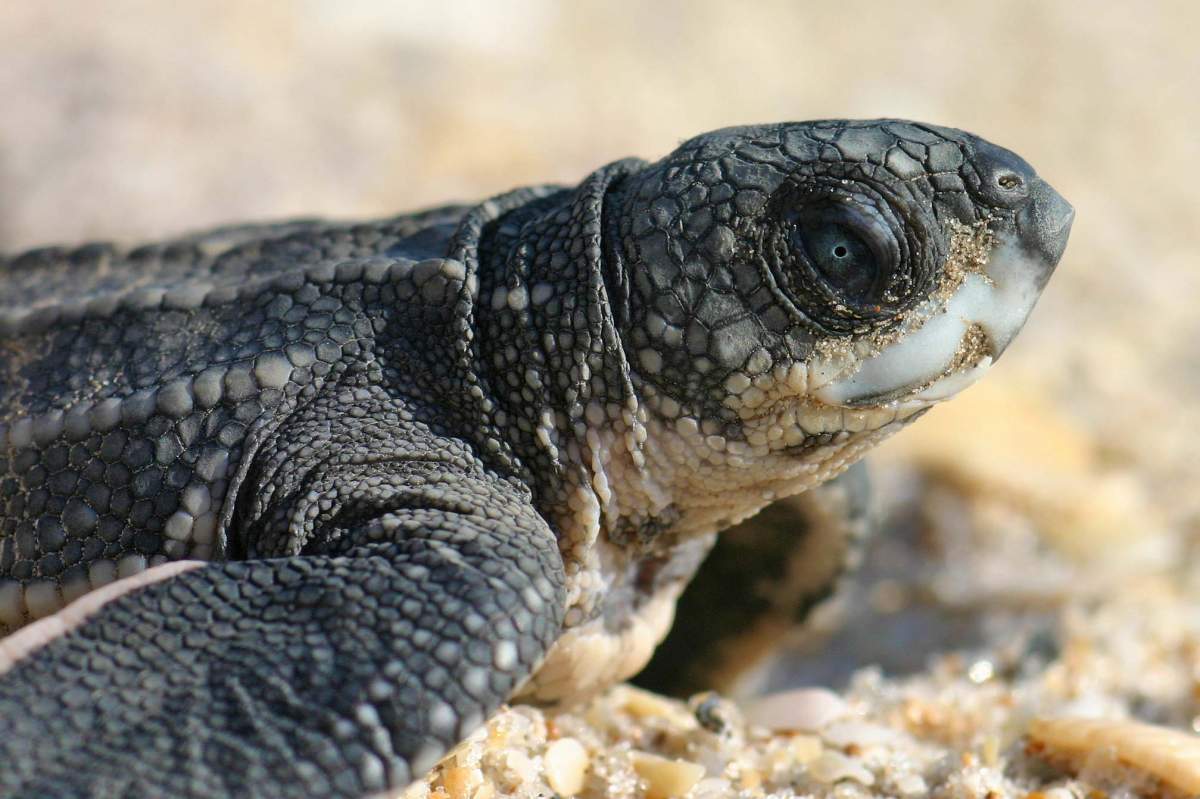 Growing to a length of up to 6.5 feet--about the length of a Volkswagen bug--and weighing in at as much as fourteen hundred pounds, the Leatherback is the largest sea turtle on earth. Leatherbacks can be found in various parts of the world, laying their eggs on tropical beaches off the Atlantic, Pacific and Indian Oceans.

The Leatherback is special because unlike any other sea turtle it can survive in cold waters. A thick, oily layer of fat under their skin helps insulate them so that their body temperature remains warmer than the water around them. What helps, too, is that they're large in size, have high metabolisms for turtles and are able to temporarily turn off the blood flow to cold flippers, keeping their blood warm.