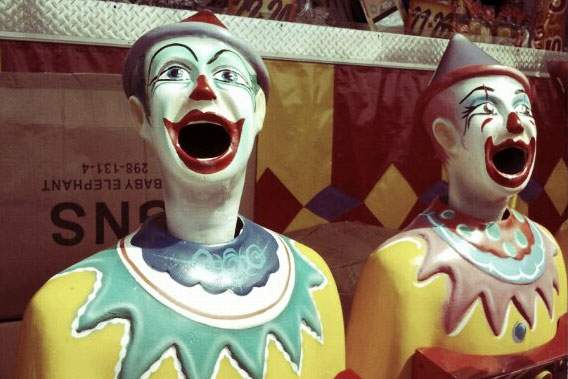 Laughter research has found that only a small percentage of laughter, less than 20%, is a sincere response to someone's humor. In fact, laughter is primarily a social signal, as opposed to an emotional outburst.

People are 30 times more likely to laugh in a group setting than when they are alone, leading observers to conclude laughter has a primarily social function.

For instance, there's "polite" laughter. How often have you found yourself laughing at someone's attempt at being funny in order to spare their feelings or make them feel good?

Research has also found that women tend to laugh a good deal more than men. And male speakers tend to elicit more laughter than female speakers.

Laughter may very well be a sign of power dynamics between people, signaling dominance and submission, acceptance and rejection. Certainly, that seems to be the case when someone is laughing at you rather than with you.

Mark Twain's words never rang so true: Explaining humor is a lot like dissecting a frog. You learn a lot in the process, but in the end you kill it.