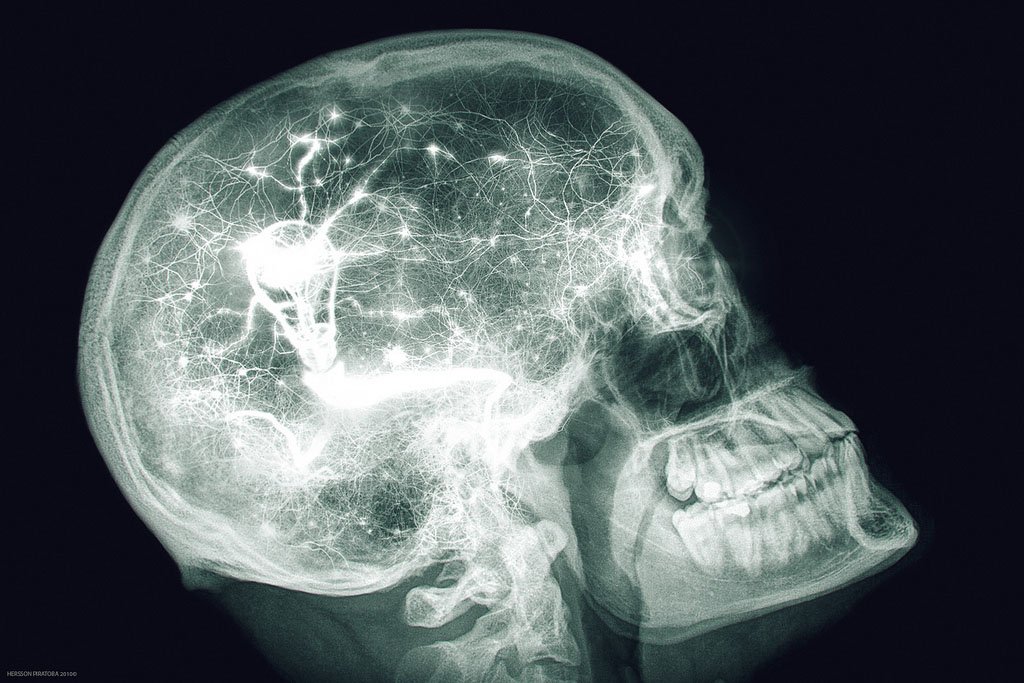 In some operations, surgeons need to be able to talk to the patient they're operating on to checkÂ if their language skills are being affected, or if any other problems are arising. This means thatÂ during some brain surgeries, the patient has to lie on the operating table while being completelyÂ aware of everything the doctors are doing. The patient's scalp is numbed and the brain doesn'tÂ have any pain receptors, so it isn't painful.

Researchers found that electrically stimulating a part of the patient's brain called the cingulumÂ bundle induces laughter followed by an immediate feeling of relaxation and happiness.

The first patient they tested this on reported that she had an urge to laugh involuntarily, and then felt pleasantly relaxed during the stimulation, even though she was normally an anxious person.

She even went on to tell jokes about her family during the surgery. Two other patients reported similar reactions. Researchers say that it makes sense that stimulating the cingulum bundle would cause a complex reaction like this, since it's at the intersection of different lobes, and so may be involved in a whole host of different networks in the brain.

Some neurosurgeons are skeptical about whether all patients would react this same way, while other researchers would like to see more research done on the cingulum bundle as a target for brain simulation therapies for mood and pain disorders.