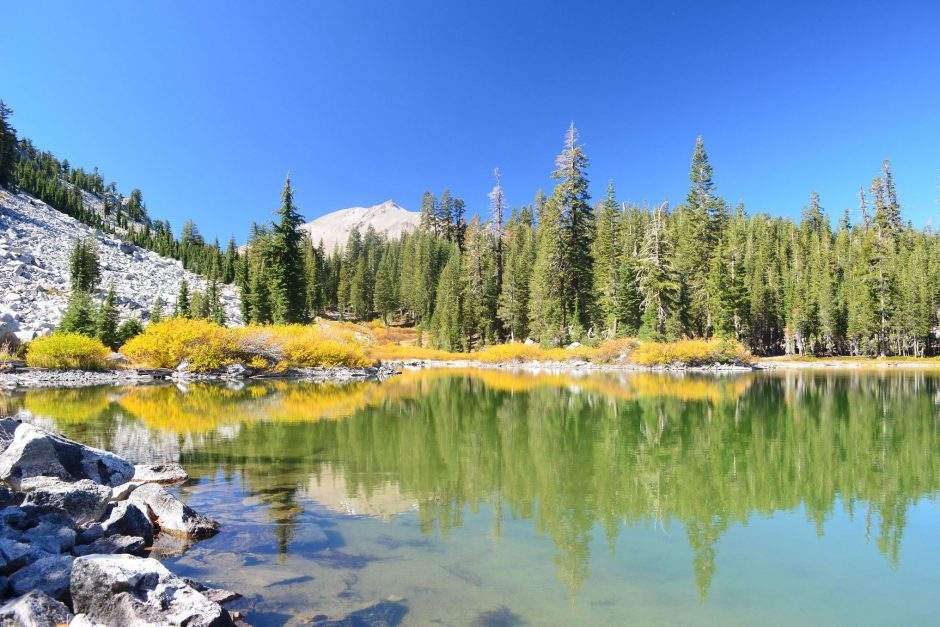 The discovery of a strange virus living in a hot, acidic lake in California‘s Lassen Volcanic National Park may hold the answer to the evolution of DNA as today‘s most common genetic molecule.

Most biologists agree that Earth‘s earliest life used a mix of RNA and proteins as genetic material instead of the much more stable DNA molecule. RNA cannot combine with DNA, and there is no way to form a genetic transitional molecule. So, how did those simple one celled organisms switch from one to the other?

DNA and RNA are similar in that they are made of amino acid building blocks. RNA is single stranded, while DNA is double stranded.

RNA Gene Copied Onto A Piece Of DNA

The lake virus contained a gene made of DNA that held instructions to make a protein coat for an RNA virus. This is odd because modern viruses use either one or the other for their genetic material, but not both. Retroviruses have a special enzyme that can translate RNA into DNA, but this odd virus wasn‘t a retrovirus. Somehow, the RNA gene had been copied into a piece of DNA.

Scientists think this strange hybrid virus may have come about when three separate viruses infected the same cell. The retro virus‘s enzyme copied a piece of the RNA virus‘s gene into the DNA virus‘s genome. It was a perfect storm that resulted in the new genetic combination.

Scientists will never know exactly how cells switched from RNA to DNA four billion years ago, but this modern virus combination shows us that such an event could have occurred.