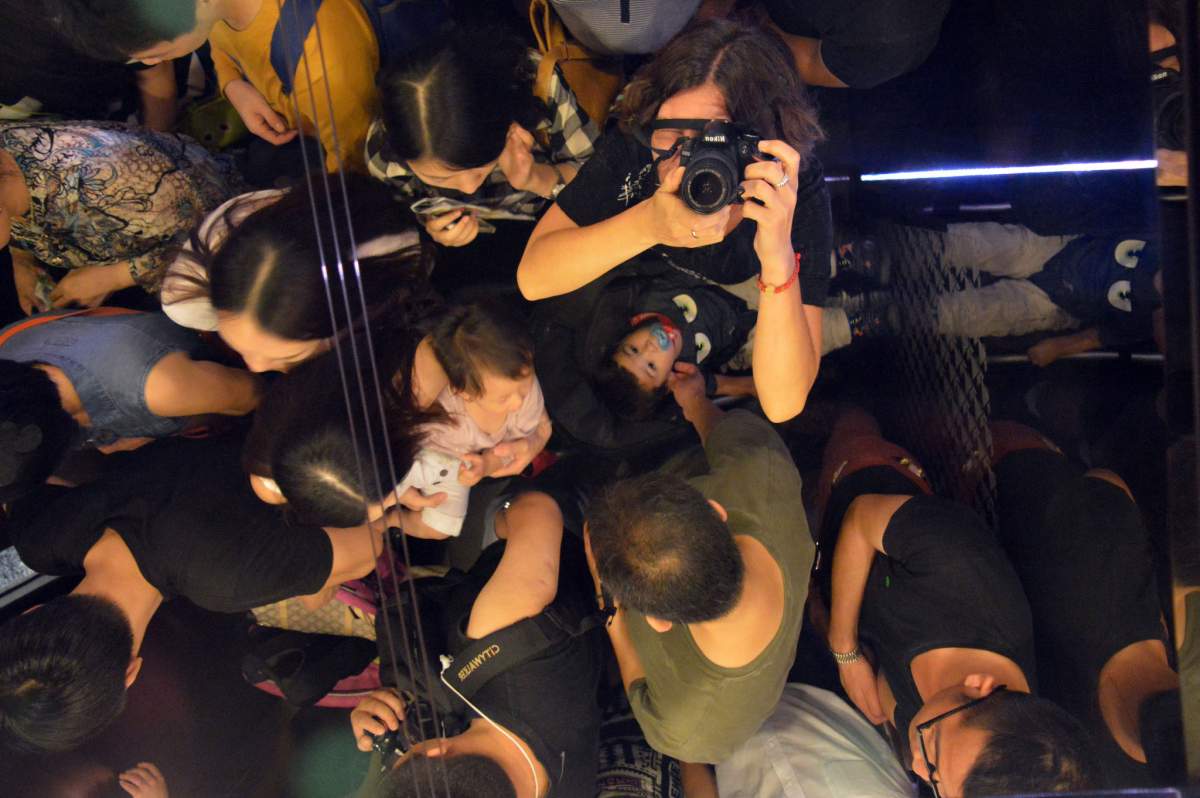 Ever been in an elevator or other tight space with many other people and wondered how long it would take to not have enough oxygen and eventually die due to suffocation?

Suppose you get stuck in a tight space with another person. How do you ensure that you'll have enough air to breath?

Well, the rule of thumb is that if there's enough space to stand and stretch out, you're okay. The average body uses about 1100 gallons of air overnight, which is the amount enclosed in a room that's six by five, and about six feet high.

Still worried? Well, a body at rest uses a lot less oxygen than a body in motion.

During the day, under normal conditions, you use about 3300 gallons of air, but when you exercise, you can require up to twenty gallons of air per minute.

And if alleviates any of your concerns, stop to consider that airtight rooms are expensive and hard to come by. Even hospital isolation rooms aren't airtight. Instead, they're set up so the air pressure in them is lower than the air pressure in surrounding rooms; this is enough to prevent germs from spreading.