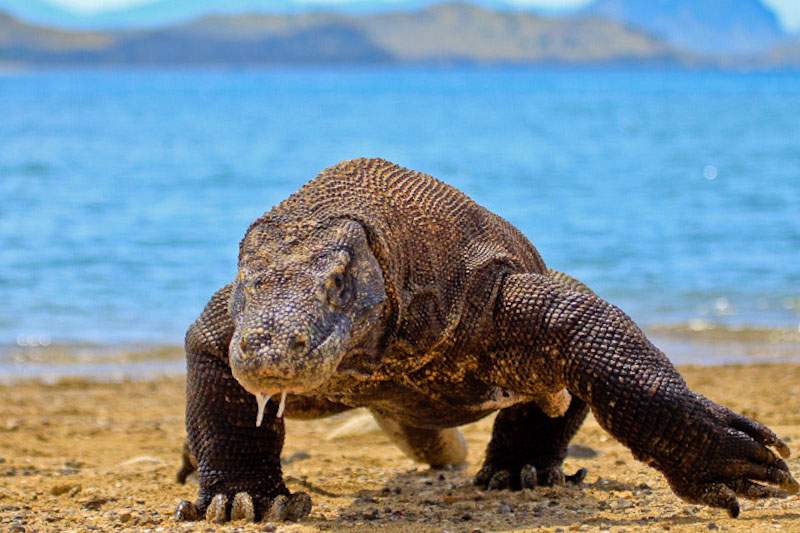 Komodo dragons' blood may help wounds heal quicker. Komodo dragons live in Indonesia and are the largest, living lizards in the world. They also, unlike many other lizards, have a venomous bite.

Researchers at George Mason University found a molecule in the dragons' blood that's really good at destroying infectionâ€‘causing bacteria, at least in mice. The scientists suspected that Komodo dragons may harbor such a molecule because of the supposedly deadly bacteria that live in the dragon's mouth, and with which they infect their prey while biting them.

A study confirmed that wild Komodo dragons do in fact contain such bacteria and, consequently, something in their blood that protects them from their own deadly germs.

When the researchers used a synthetic, labâ€‘made derivative of the Komodo dragon molecule on wounds in mice infected with bacteria, the wounds healed faster than those treated with an antimicrobial molecule found in humans, and wounds not treated with anything.

The synthetic molecule killed the bacteria and even cleared away biofilm: clumps of bacteria that are often hard to kill with antibiotics.

Just because the molecule appears to work in mice doesn't mean it will work in humans. But it might. And if more research bears this out, Komodo dragon's blood may help develop drugs to treat antibioticâ€‘resistant microbes.