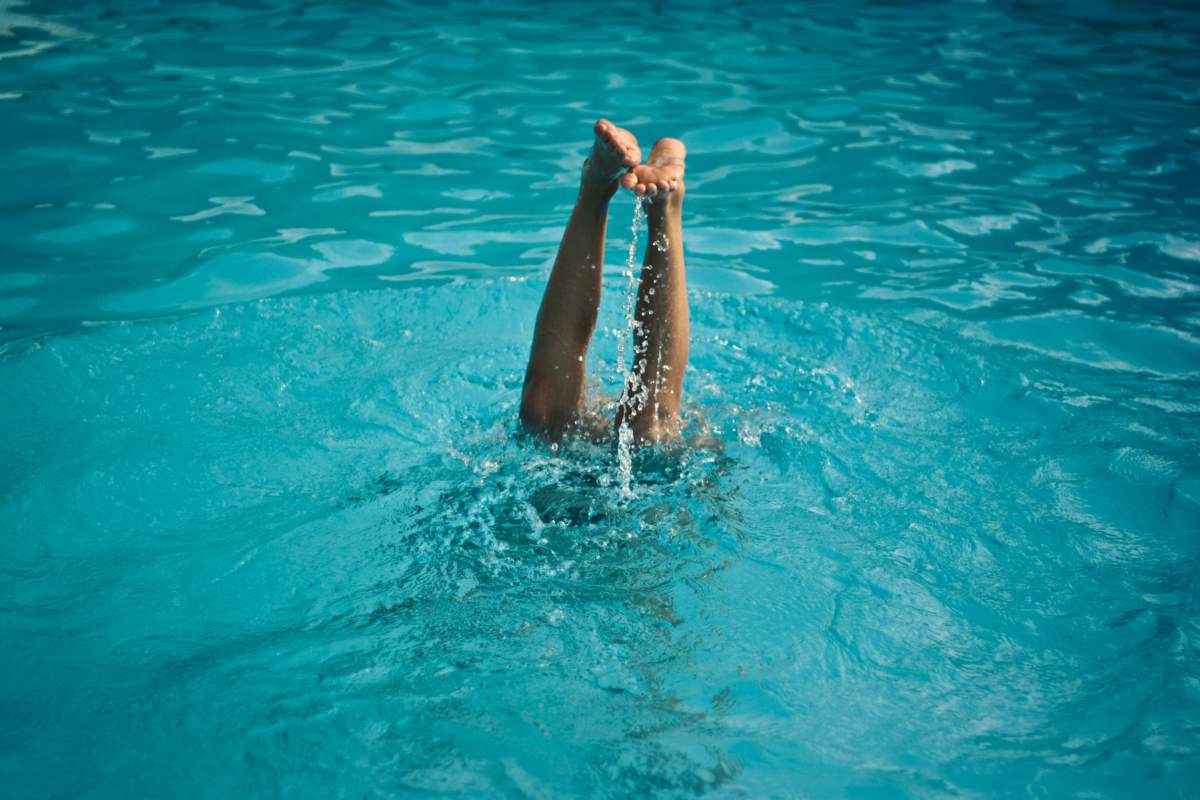 If you've ever seen movies about World War I, you know that the soldiers in the trenches often wore bulbous gas masks that made them look like human insects. The masks were necessary to protect them from chemical weapons such as chlorine gas, a noxious substance that could almost instantly suffocate unprotected victims.

If chlorine is so dangerous, why the do we dump it in swimming pools?

As you probably already know, chlorine is used to disinfect swimming pools. It also gives most pools their distinctive odor. Chlorine comes in pellet, liquid, and gas forms, and when it reacts with pool water it immediately breaks down into different chemicals, including hypochlorous acid and hypochlorite ion. Both chemicals attack microorganisms in the water by breaking through their cell walls and scrambling the inner workings of the cells, rendering them harmless.

So why don't these killer chemicals destroy human cells as well? They would, if not for the very small amounts of chlorine needed to cleanse the typical pool. For example, the concentration of chlorine used to sanitize an Olympic-size pool is three parts per million, meaning that for every three molecules of chlorine there are one million water molecules. Such low concentrations may cause slight irritation to the eyes and skin, but there's not enough chlorine to cause any real harm to swimmers.

Chlorine is not the only chemical used to keep pools clean--bromine and ozone are becoming increasingly popular in pool maintenance facilities. But chlorine is still the pool cleaner's mainstay.

"How does chlorine work to clean swimming pools?" (Howstuffworks)