Keeping Manatees Warm in the Winter 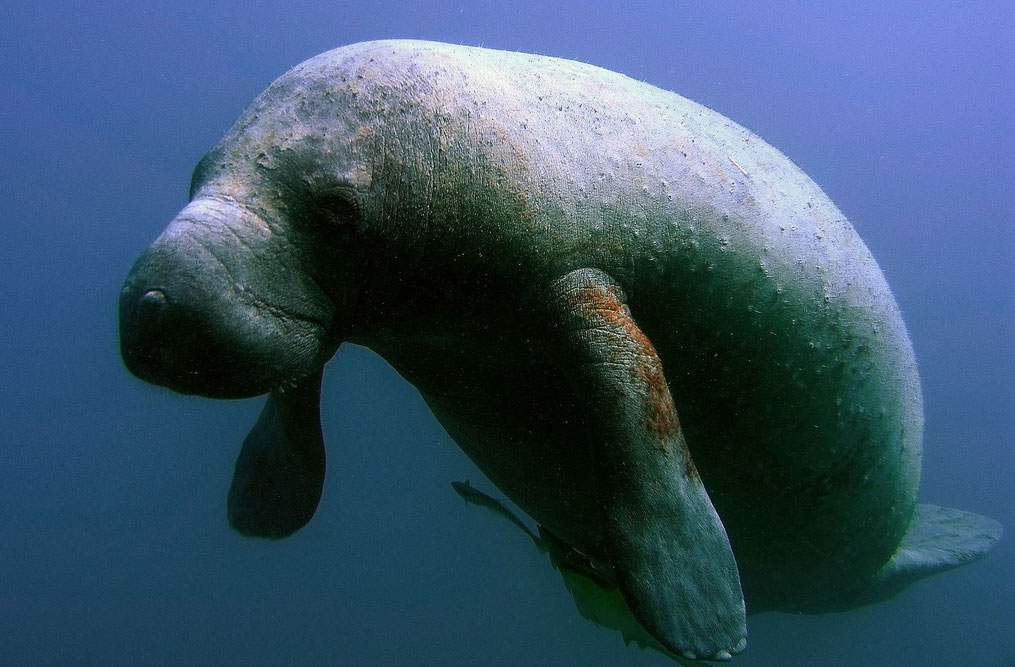 Many people know that Florida manatees are endangered. Stories of boat and propeller collisions, as well as crowded coastal habitats, have received lots of media attention.

But there is another threat to manatees that you've probably never heard of: the planned closure of several power plants along the Florida coast. Strange as it may sound, manatees rely on power plants for survival!

When water temperature drops below 68 degrees Fahrenheit, which it often does during Florida winters, manatees can suffer what scientists call "cold stress"--a condition that can be fatal.

Humans need to recuperate indoors after a day in the cold, or else they risk getting hypothermia. Similarly, manatees need to warm up in a thermal refuge after enduring chilly waters.

Scientists mapping out these manatee hot spots along the Florida coast discovered a rather startling fact. While some manatees congregate by warm underground springs or basins, most of the population depends on the outflow sites of power plants for warmth.

Unfortunately, several plants are no longer economically or ecologically sustainable, and have been scheduled for imminent shutdown. The sudden loss of so many thermal refuge sites could be disastrous to the manatee population.

Conservation biologists advocate that we work on increasing manatee access to natural sources of warm water as we phase out power plants. Otherwise, they'll be left out in the cold. And this time, it might be for good.